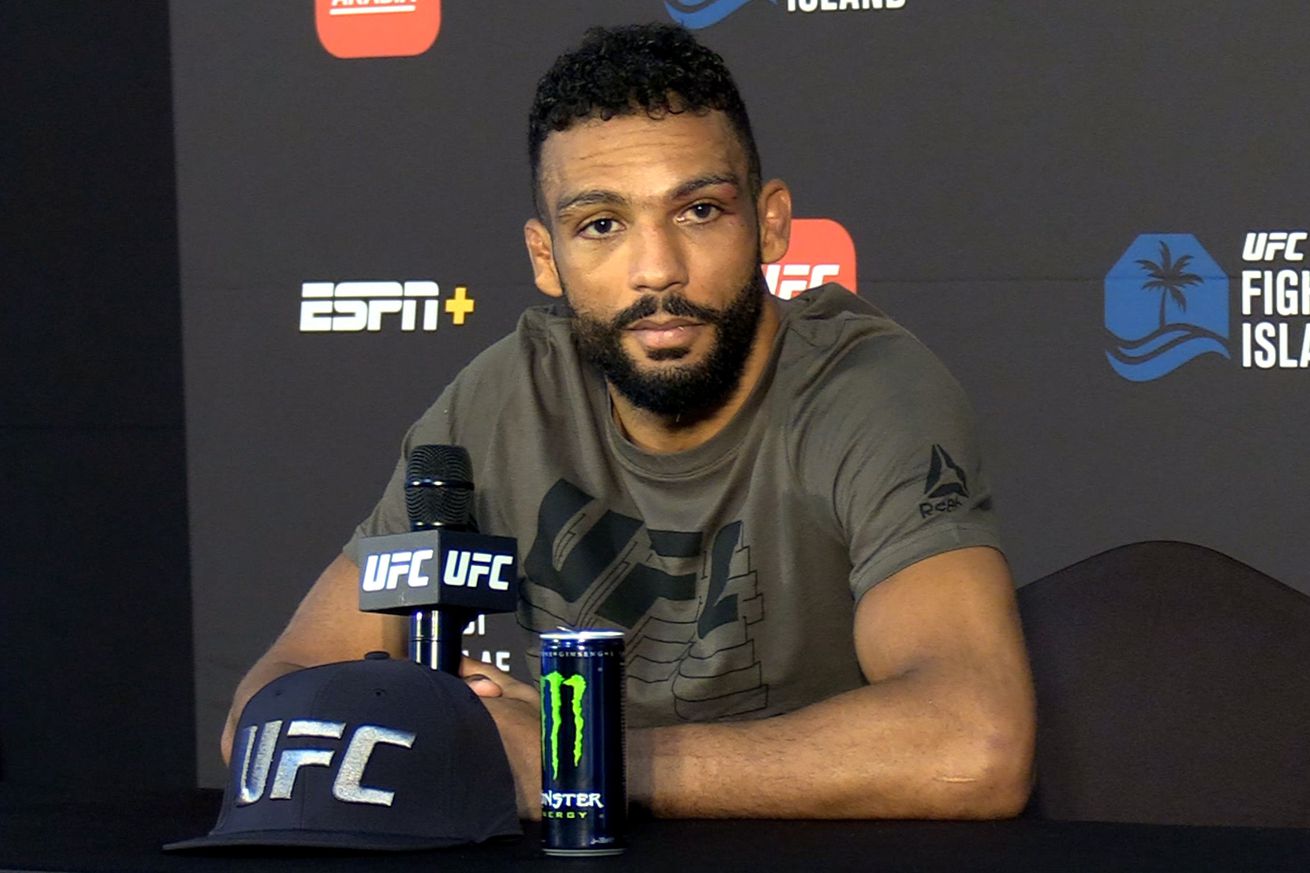 Felder told Barboza he had nothing to worry about, and sure enough, judges awarded a unanimous decision to the 34-year-old Brazilian after a commanding performance against Makwan Amirkhani on Saturday.

“He said, ‘No, you got it, you got it,’” Barboza told MMA Fighting after the event on Fight Island.

Barboza praised Felder and added that, you never know, there may be a third fight after the American took home two close decisions.

Whomever stands in front of Barboza next, he wants it to happen quickly. After clashing with his promoter behind the scenes over schedules and opponents, he’d like to build some momentum while it’s still in his corner.

“I’m ready to get back into the gym, get better, and fight as soon as possible.”

It was Barboza’s first win at featherweight after a loss to Dan Ige that had many MMA observers scratching their heads. The only confusion this time around was a 29-28 scorecard, which hardly reflected a performance where Amirkhani repeatedly hit the canvas courtesy of his opponent’s punches.

Amirkhani was the second scheduled opponent for Barboza, who needed a win to avoid a possible pink slip after going 1-5 in his previous six appearances.

Now that the judges are on his side, Barboza can breathe a little easier.