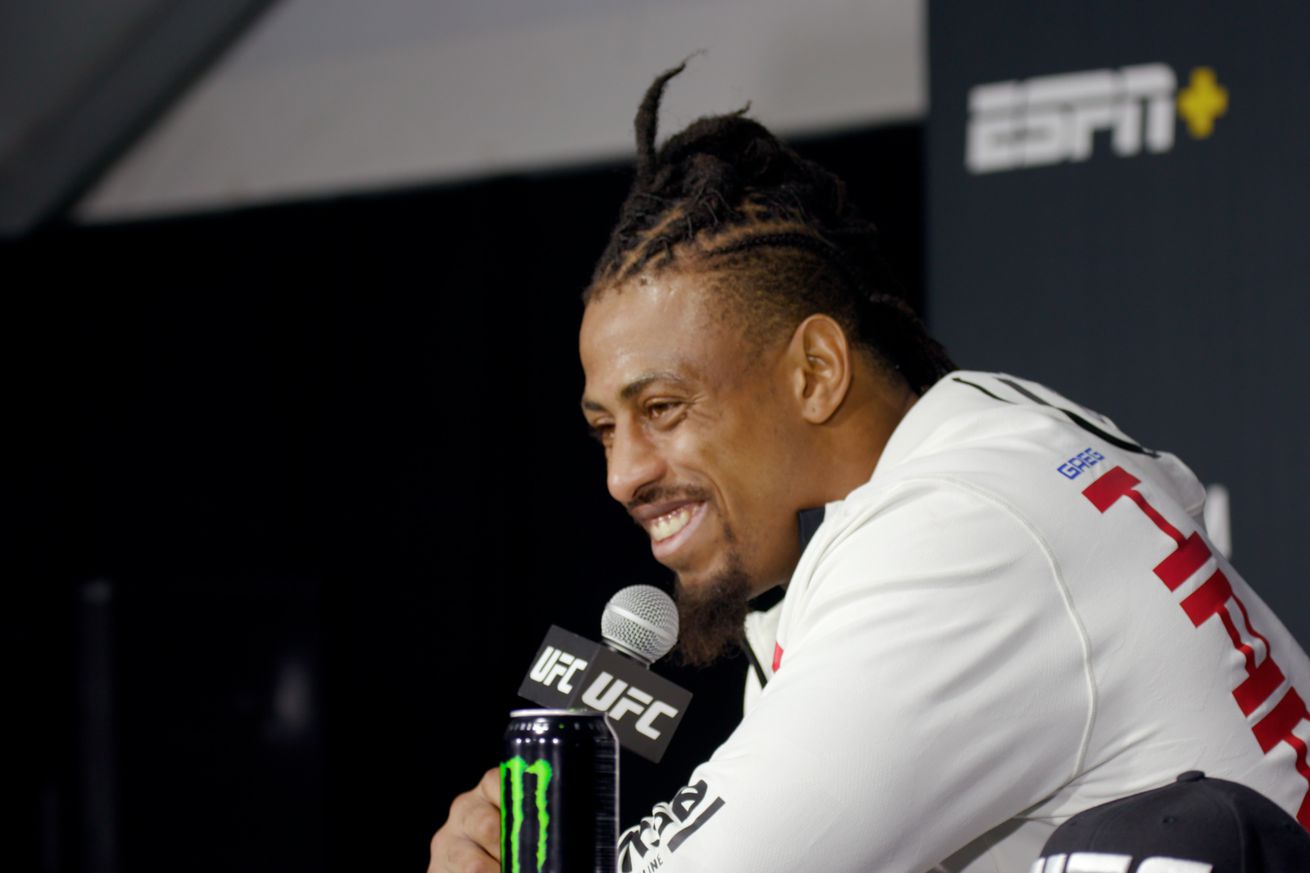 LAS VEGAS — Heavyweight Greg Hardy spoke with reporters backstage at the UFC APEX following his second-round TKO win over Maurice Greene at UFC Vegas 12. “The Prince of War” discussed not being completely satisfied with his performance, why the fight was almost off hours before it began, trying to clear his name from his past troubles, when he’d like to return, and more.