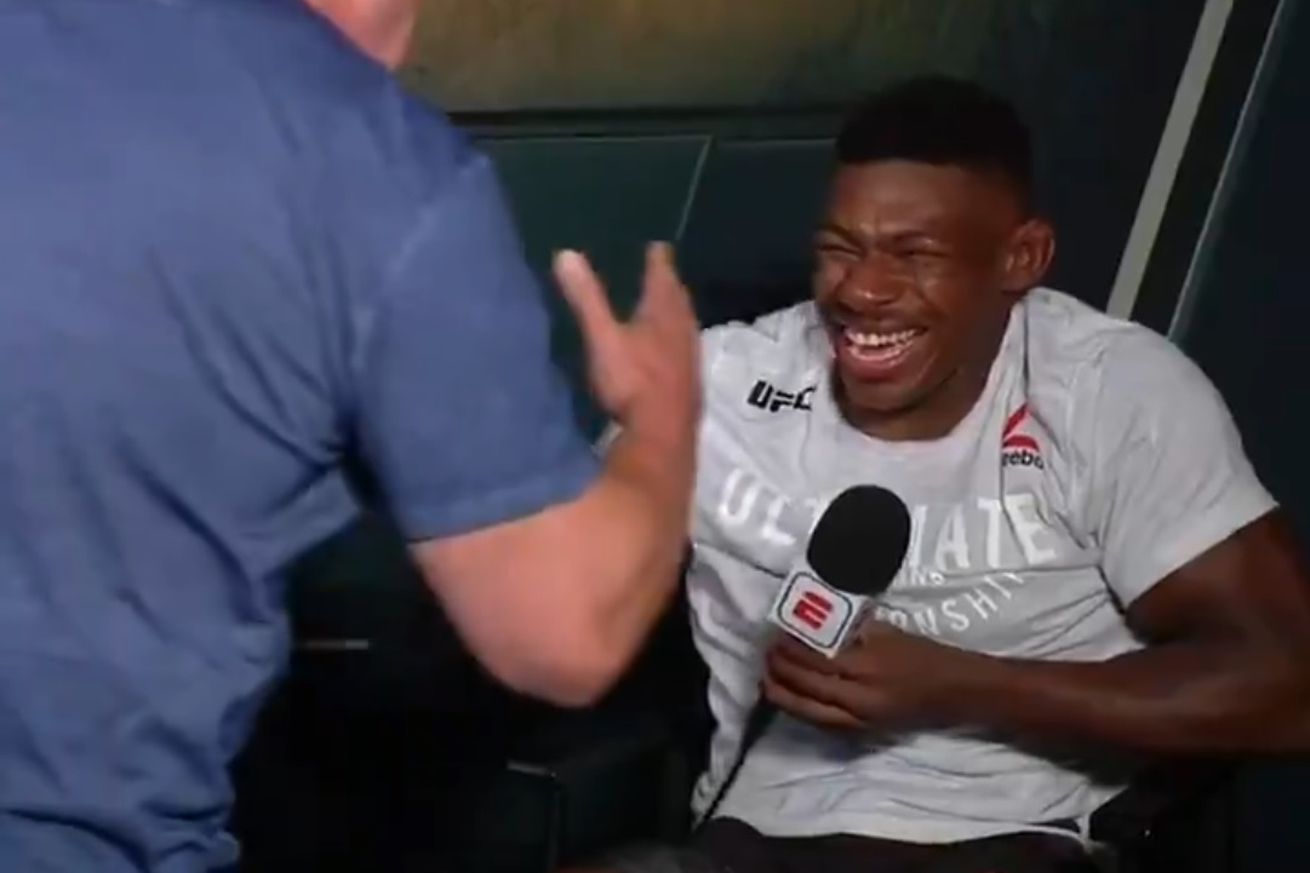 Everyone wanted to talk to Joaquin Buckley after what he did on Saturday night, including UFC President Dana White.

Buckley authored one of the most memorable moments of in UFC history when he blasted opponent Impa Kasanganay with a ridiculous leaping spin kick in their middleweight bout at UFC Fight Island 5. Footage of the finish went viral and White was compelled to congratulate Buckley backstage on becoming an overnight sensation.

“Aw naw, you’re gonna make me cry,” Buckley said before letting out an excited squeal as he saw White approaching him ahead of a post-fight interview.

“So I always talk about, when you’re on a card, right, ‘How do you stand out?’” White said. “… Everybody’s saying ‘just give him $200,000 tonight. Give him every bonus!’ Nobody’s ever seen anything like that. Sean Shelby texted me and said, ‘Write him a check right now for 50 grand and go give it to him before he gets out of the octagon.’”

When the evening’s post-fight bonuses were made official, Buckley was indeed one of the recipients of a $50,000 bonus. Based on White’s reaction, he can expect a lot more love from the UFC and its matchmakers in the future.