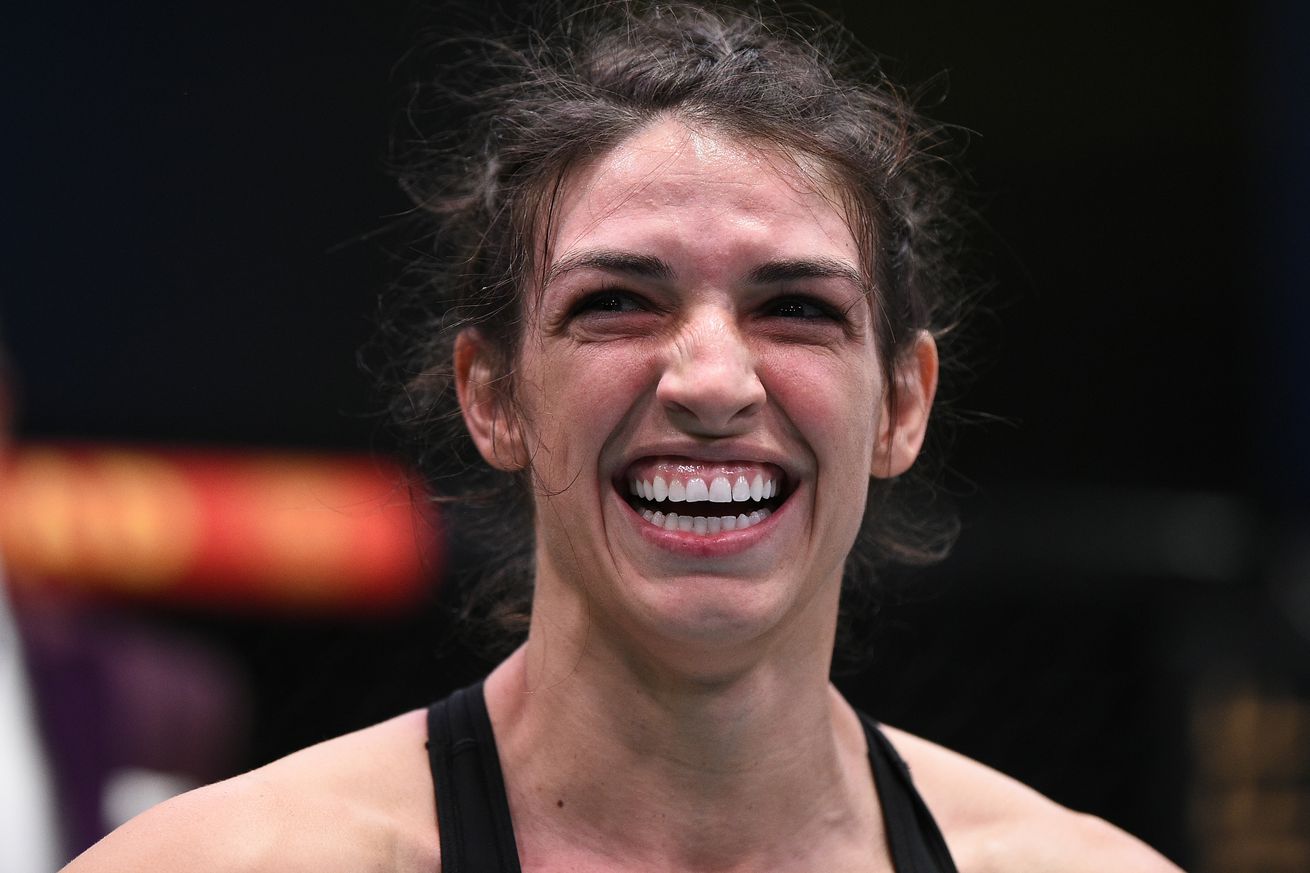 Mackenzie Dern is ready to begin her climb up the strawweight rankings.

After arriving in the UFC as one of the most hyped prospects in the sport, the 27-year-old grappling ace now feels like she’s graduated to contender status following her latest win, a first-round submission of Randa Markos at UFC Vegas 11.

While she still has a lot more left to learn, Dern believes that she’s a threat to the title, and she’s anxious to face the kind of competition that will move her closer to the belt.

“I definitely think I’m a contender,” Dern said at the post-fight press conference. “But I have so much to get better and so much to evolve, and I’m so excited to try all these new things and be so complete as a fighter. I think any person they give me I’m going to show something new.”

Dern also addressed her surprise that Markos was willing to test her on the ground as well as a timeline for when she hopes to fight again. Check out the full video above.