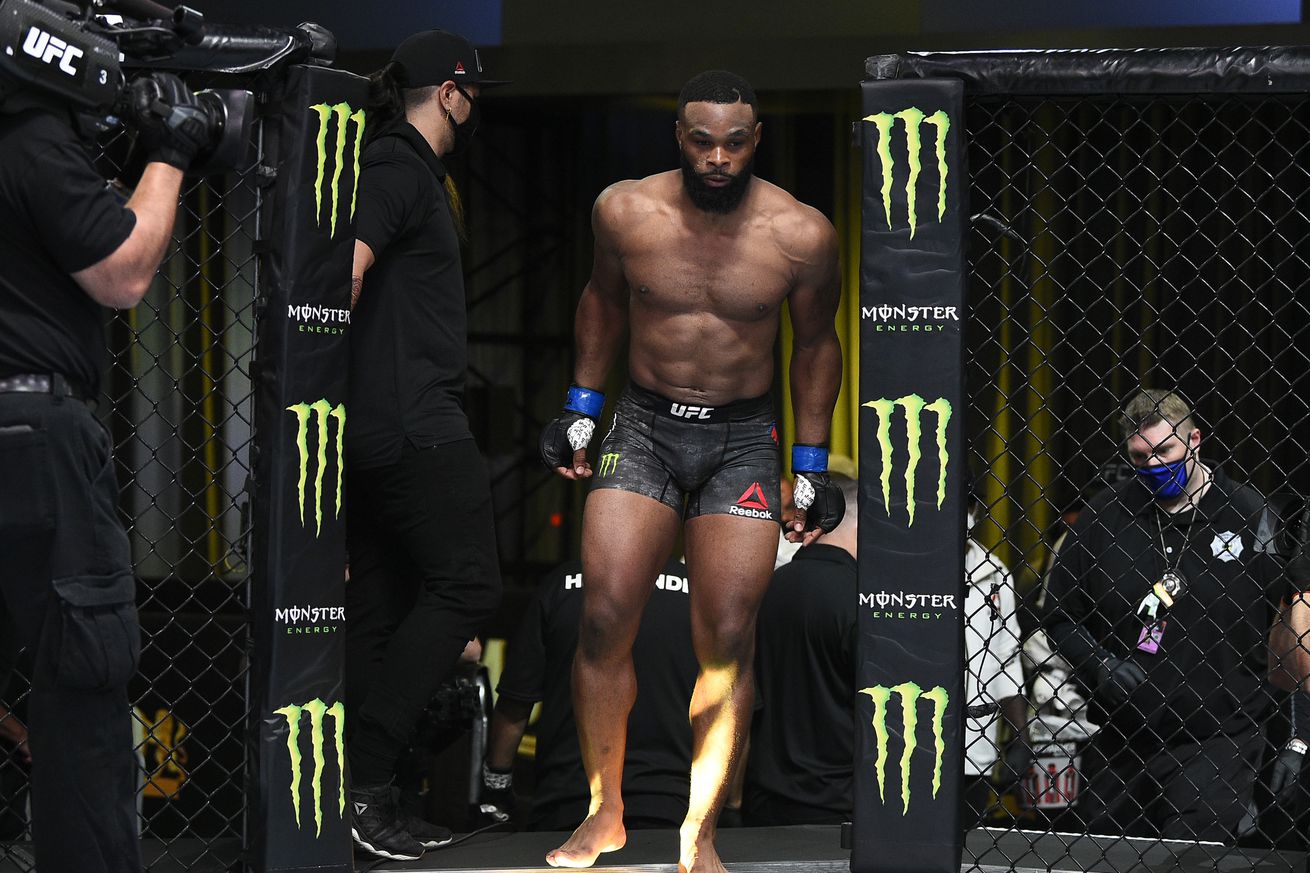 This was supposed to be the one that brought the old Tyron Woodley back.

It sounds strange now, but it was only a little over a year and a half ago that Woodley, 38, was the reigning welterweight champion of the world. One can’t be blamed for forgetting. His title run ended unceremoniously with a one-sided drubbing at the hands of Kamaru Usman. Any hopes that that performance was just an off-night were erased when Woodley returned 14 months later and put on an equally flat performance against Gilbert Burns.

He offered little resistance in ceding his belt to Usman and then showed zero urgency in what should have been his comeback fight. His career clearly needed a spark, and what better kindling than a matchup with a man who was ably positioned as his greatest rival—and greatest missed opportunity during his time as champion—Colby Covington.

A former training partner. A brash, arrogant sh*t disturber. A proud MAGA representative. In Covington, Woodley had the yin to his yang, a clear target to set his sights on and fire. All he had to do was pull the trigger.

As we found out Saturday at UFC Vegas 11, even with the antithesis of everything Woodley stands for standing across from him, “The Chosen One” was doomed to come up empty. Take nothing away from Covington’s performance. If Usman and Burns laid out the blueprint on how to beat Woodley, then Covington followed it to a tee and arguably improved on it. Pour on the pressure. Strike in volume. Back Woodley up against the cage and never let him breathe.

It’s not a lack of ability that could potentially spell the end of Woodley’s career. He’s still in incredible shape, and against Covington, there were fleeting glimpses of the fighter he once was. But his dynamite right was always just short, his takedown defense a step off, and his elite clinch work not enough to keep Covington off of him. These are gaps in his mental game, not his skill set. The kind that are far more difficult to fill.

Think about the level of psychic intensity you have to reach to compete at the highest levels of MMA. To become a world champion. To maintain that intensity, that instinct, for years. Think about having to learn how to moderate that, to shut it off so you can be a functioning member of society, a television analyst, a family man. Then think about what it must feel like when that switch goes down and refuses to go back up again.

It’s the kind of demanding lifestyle that chased Georges St-Pierre from the sport for four years. It’s what keeps fighters like Daniel Cormier around for so long knowing that once you make that final walk to the octagon, it could take the jaws of life to pry that cage door open again. From the first round of Woodley’s title defense against Usman, it was evident that something was wrong, and 14 rounds later only Woodley can diagnose exactly what the problem is. All we know for sure is that it’s a problem that can’t be fixed easily.

Even during his time at the top, there was a sense that Woodley was aware of his own mortality. Rather than build up his immediate crop of championship challengers, he campaigned for fights with absentee fan favorites “GSP” and Nick Diaz while also anointing himself as the greatest welterweight of all time. It was as if he knew that there had to be a faster way to cement his legacy rather than piling up title defenses against opponents who lacked mainstream cachet. Those matchups never materialized, and while Woodley did his duty and fought several rightful contenders, it never seemed like he got what he wanted.

At this point, you have to imagine he just wants to put together one more memorable winning performance before he closes the book on his Hall of Fame career. Unfortunately for Woodley, there isn’t an obvious option for him to go out on a high note.

Maybe he’s the opponent who turns the Nick Diaz comeback rumors into reality, but if his matchup with Covington was slightly past it’s best-before date, then a meeting with the 37-year-old Diaz, who hasn’t fought since 2015, may as well be expired. The same could be said of a rematch with Robbie Lawler, 38, which carries the potential for intrigue, but also further despair for fans who have had to watch the performances of these former champions erode before their very eyes.

What then? Feed him to an up-and-comer on the off-chance that Woodley can be motivated to show he’s more than a gatekeeper? That’s a stretch. Perhaps a pairing with another respected veteran like an Alex Oliveira, or Gunnar Nelson, or James Krause or – who am I kidding? There’s a slim chance that Woodley is interested in building himself back up the old-fashioned way.

Then there’s retirement, an option that is certain to be brought up every time Woodley’s name comes up in the news from now on. It’s happening to Lawler. Heck, it’s happening to another veteran that fought on Saturday, Donald Cerrone. The suggestion isn’t a matter of disrespect; it’s a matter of pragmatism.

This isn’t the place to tell Woodley what to do. He knows as well as anyone what a meat grinder this business is, and how easily one goes from being considered prime beef to moldy leftovers. That also means he’s well aware of the narrow selection of paths left for him to choose after missing out on a golden opportunity to keep the road to one more title shot open. It falls on Woodley to figure out what the next step is on this journey, or if it’s even worth taking one.