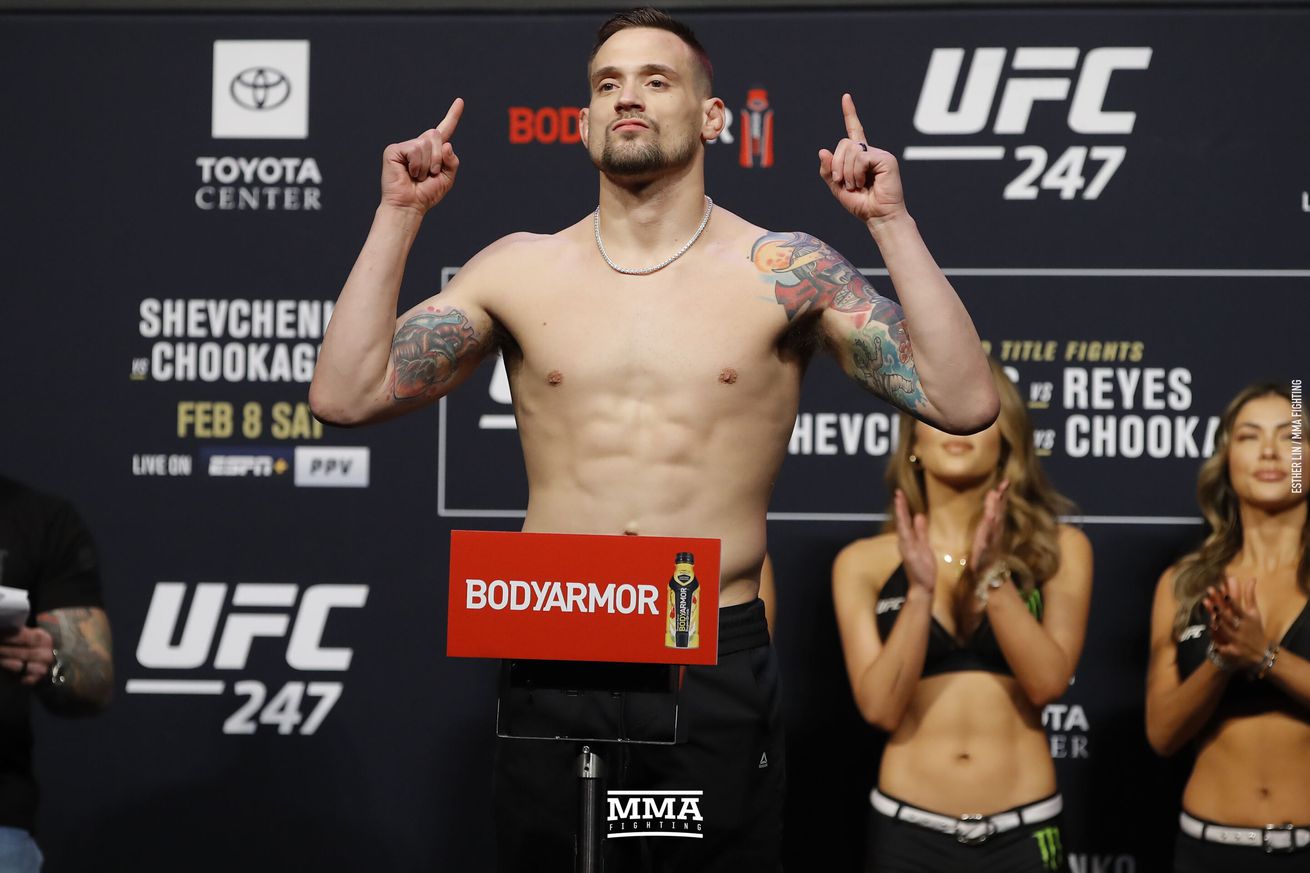 There’s been a change to the UFC’s Fight Island event on Oct. 17.

Muslim Salikhov has been forced out of his scheduled welterweight matchup with Claudio Silva for undisclosed reasons. Multiple people with knowledge of the promotion’s plans confirmed to MMA Fighting that James Krause will step in on less than two weeks’ notice to face Silva in Abu Dhabi.

Krause returns to the welterweight division after agreeing to step in to face Trevin Giles the day before UFC 247 in February. The 34-year-old gave Giles all he could handle and more but dropped a controversial split decision. The fighter and coach has won his last four fights at 170-pounds, including a third-round knockout win over Sergio Moraes at UFC Sao Paulo this past November.

After dropping his pro debut in November 2007, Silva has won his last 14 fights—five of which took place in the octagon. “Hannibal” began his UFC tenure with decision wins over Brad Scott and Leon Edwards before taking it out of the hands of the judges moving forward. The American Top Team standout went on to submit Nordine Taleb, Danny Roberts and Cole Williams in his last three appearances.

The UFC’s Oct. 17 event will be headlined by the highly anticipated featherweight matchup between Brian Ortega and The Korean Zombie.