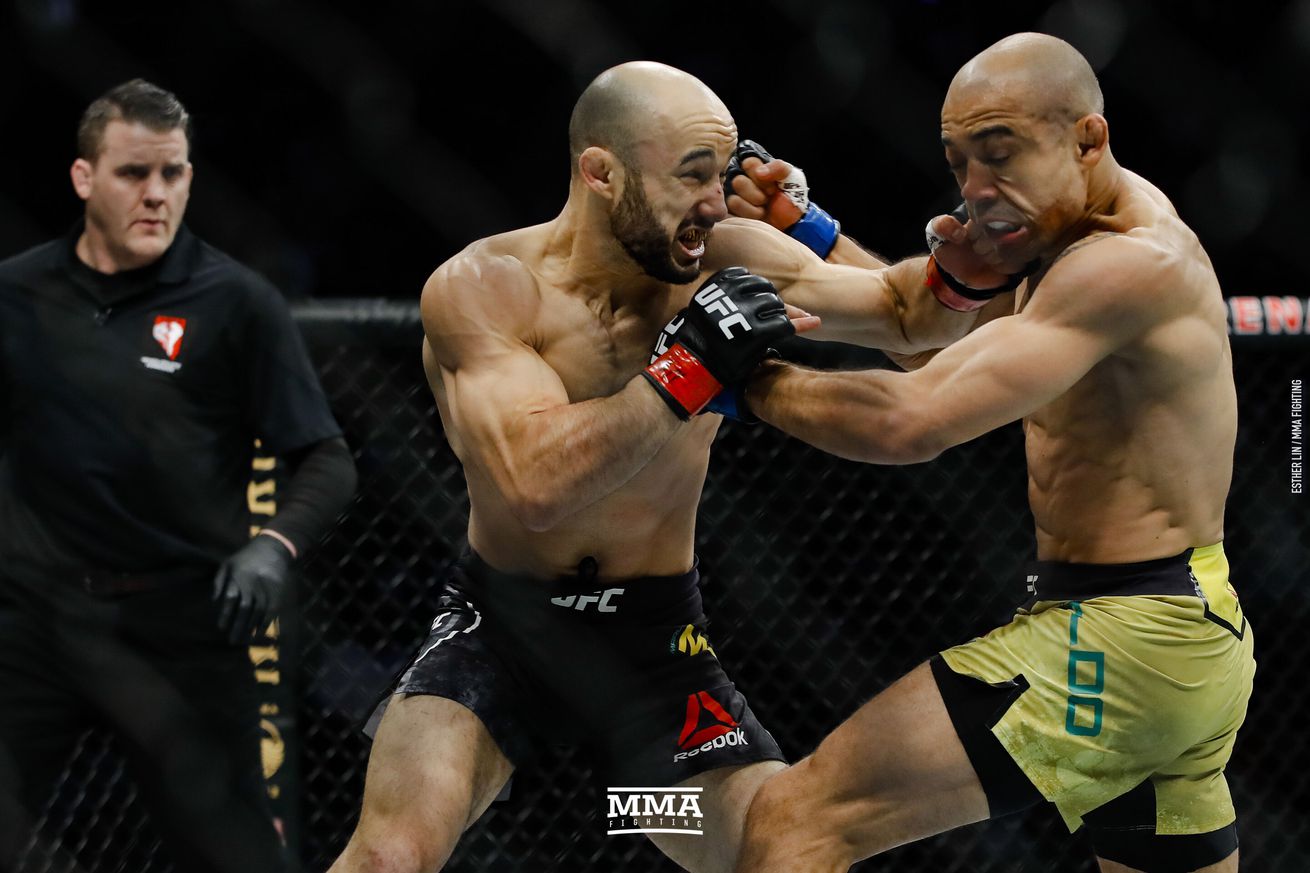 “Magic” Marlon Moraes is in a tricky position in the UFC bantamweight division.

First, he beat four high-level opponents in a row to earn a chance to compete for the 135-pound gold. But then he came up short versus Henry Cejudo. He bounced back with a close decision win over Jose Aldo six months later, but saw the UFC grant Aldo—rather than the winner—a shot at the then-vacant belt.

Ten months later, Moraes finally re-enters the octagon to face Cory Sandhagen in the main event of UFC Fight Island 5 on Saturday night. Sandhagen, by the way, lost his previous bout to Aljamain Sterling, a man whom Moraes flattened in the past but worked his way up to become Yan’s next challenger.

The Brazilian appears to be in no man’s land in the bantamweight division, and he isn’t quite sure if a title shot is at stake in Abu Dhabi with the winner going on to face the winner of a presumed title matchup between champ Petr Yan and Sterling.

“You can’t know for sure.” Moraes said in an interview with MMA Fighting. “I just want to go there, win and convince. [The] future belongs to the UFC, [and] what I want is to go there and leave my mark.

“I’m up there, I’m in the mix. I’ll fight, and everything depends on your last performance. I’ll have an opportunity and I’m the one that makes the call, the way I fight and my performance next Saturday [will determine] what happens with my career.”

The UFC has yet to set a date for Yan vs. Sterling, and Moraes wants to cement his place as the next contender. Magic has no preference of an opponent between Yan and Sterling, only wanting to stay active and “fight the best.”

“Man, it’s a tough fight, anyone can win,” Moraes said of a clash between the Russian champion and “Funk Master.” “Sterling is a great fighter, but it’s a tough fight to predict. If it stays on the feet, Yan wins. If it goes to the ground, I think Sterling wins. I think it’s 50-50.”

The Nova Friburgo native must get past Sandhagen first, though, and finds motivation in “doing what I love” while uncertainty surrounds the championship picture.

“I fight since I was little, and now I’m fighting in the world’s biggest promotion, so that’s my biggest motivation,” Moraes said. “Having the opportunity to fight against one of the best fighters in Cory, I’m also thankful for the opportunity of fighting on Fight Island. There are other reasons that motivate me other than the belt and not getting the Petr Yan fight… That’s in the future.

Moraes says “of course” nothing changed for him after the Aldo title snub and added, “I’ll give my best and do what I know, which is fight.”

“This is a MMA fight and it can end anywhere,” said the Brazilian, who is confident he can get the job done on the ground after Sandhagen’s recent first-round submission defeat to Sterling. “I’m ready to fight him everywhere. We know there was this opening there and it might happen again. I’m ready to grapple or strike with him.”