Anthony Smith is getting tired of the callouts.

The former UFC light heavyweight title challenger seems to be fed up with Johnny Walker for angling fights with him through the media. Smith (32-16 MMA, 8-6 UFC), who’s coming off a decision loss to Aleksandar Rakic in August, finally responded to Walker’s various callouts and says he’d be open to fight the Brazilian, but he won’t go looking for the matchup.

“For whatever reason he wants to fight me, that’s like the third or fourth time he calls me out,” Smith said speaking to Sirius XM. “I’m just like, ‘Shut up, dude. I’ll beat the (explicit) out of you.’

“Maybe I’ve lost two in a row, but I lost to two of the baddest (expletive) on the planet, you know what I mean. It’s different, there’s levels to this (expletive). I’ll fight Johnny Walker if that’s what the UFC calls for, but I’m not going to go out there and call out Johny Walker, that’s for sure.”

“I would be surprised if they called with Johnny Walker, but I would take it,” @lionheartasmith tells @RJcliffordMMA his response to Walker’s call out.

Despite coming off two straight defeats, Smith doesn’t think a win over Walker (18-5 MMA, 4-2 UFC) would do much for his career. “Lionheart” respects the Brazilian, who defeated Ryan Spann last weekend at UFC on ESPN+ 36, but he feels he’s a step above him in the division.

“He’s exciting, he’s powerful, he’s an athlete, he’s got a perfect frame for the weight class – his build is perfect – and he’s exciting,” Smith said. “He’s little strange, but he’s always been respectful in person, and he’s just not that guy.

“This is what my thing has always been about Johnny Walker: You can do the jumping (expletive), the spinning (expletive), and the flashy (expletive) that he has in his fights, but what we haven’t seen is Johnny Walker’s ability to be fundamental anywhere. He’s not throwing straight one-two. He’s not throwing one-two and rolling under the hook that’s coming his way. He’s not grabbing and snatching singles and passing the guard on the way down. He seems to lack a lot of those fundamentals, and he makes up a lot of that stuff with his athleticism, power and explosiveness. That (expletive) is going to run out at some point.”

Walker is coming off a first-round knockout of Ryan Spann. The victory snapped a two-fight losing streak.

Smith is confident he can defeat Walker. The 32-year-old doesn’t think he needs a fancy strategy, just the basic fundamentals.

“Johnny Walker is that kind of guy I feel like you just grab a hold of him and do what you want,” Smith said. “I’m not saying it be that easy, he’s a tough guy no matter what. He’s in the UFC for a reason, he’s in the top 15 for a reason, but those are the kind of guys that I shine against. You just walk them down, force them to be fundamental, and not give them the room to be crazy.” 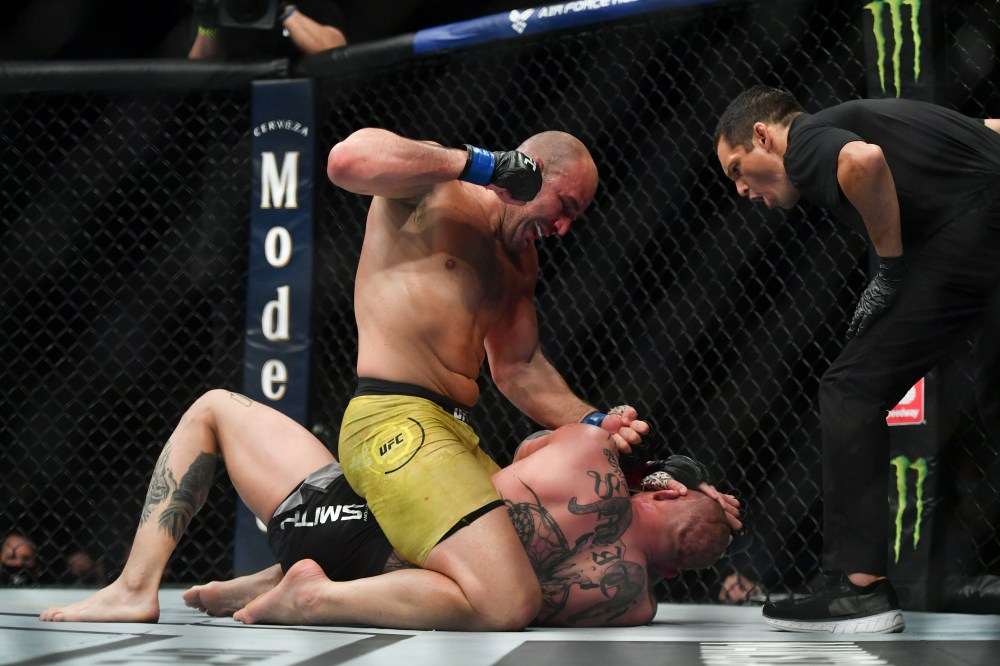