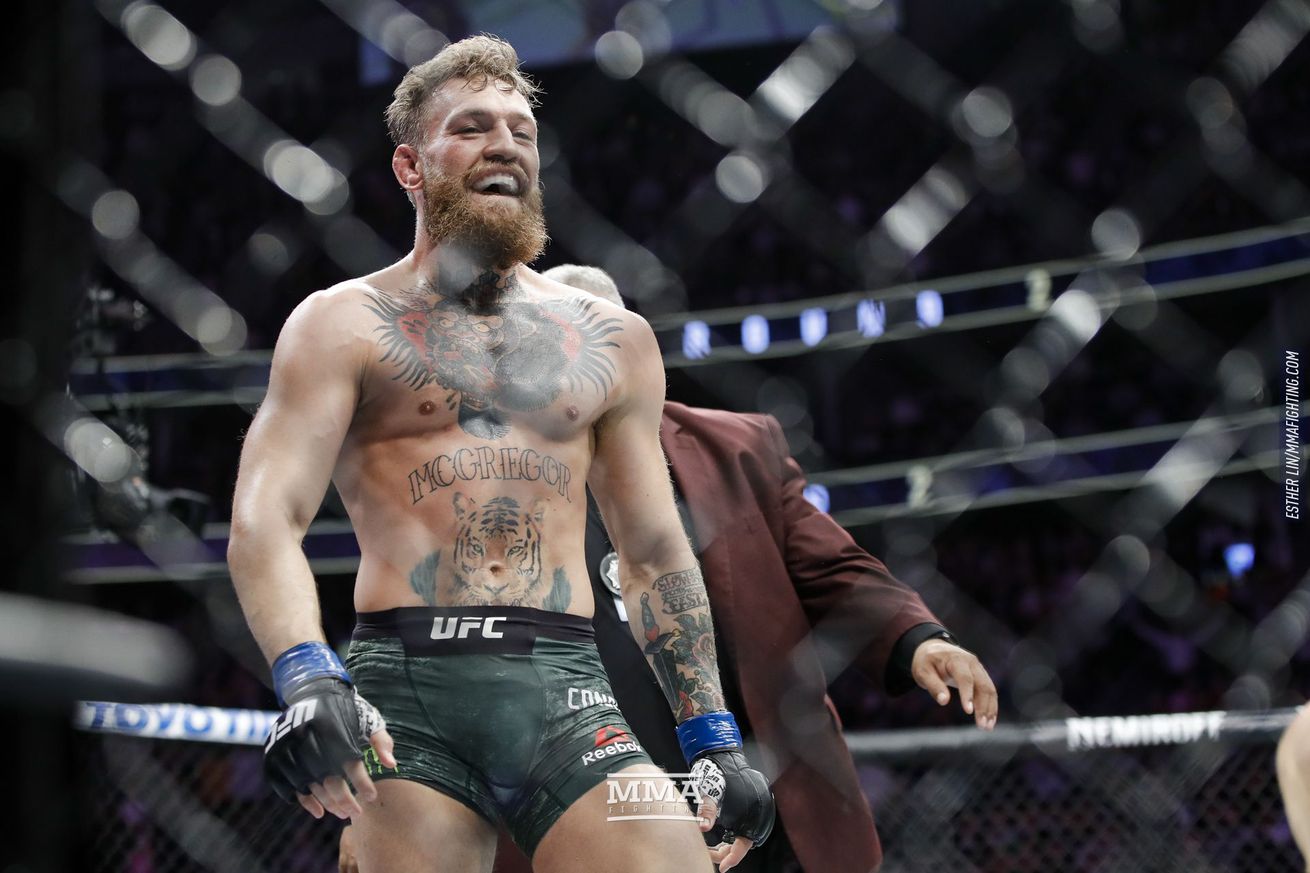 Count Dan Hardy among those who think a fight between Conor McGregor and Diego Sanchez makes no sense.

“It would be an execution to put Conor in there with Sanchez at this point,” he told reporters, including MMA Fighting, during a media scrum on Tuesday in Abu Dhabi. “And I don’t think Conor would really gain anything from it.”

The unlikely matchup has made the rounds a few times this year, first because Sanchez said that he would like to someday close out his storied career with a fight against “The Notorious.” Earlier this month, McGregor added fuel to the fire when he revealed text conversations with UFC President Dana White in February where he brought up Sanchez as a possible opponent.

Although the Sanchez fight was just one of several possible ideas McGregor posed to White, the former two-division champ praised The Ultimate Fighter 1 winner as “a true warrior and a pioneer.”

I am still interested in a fight with you somewhere down the line Diego Sanchez. A true warrior and pioneer of this sport. It would be my honour! Some journalists and promoters and their lack of respect for what the fighters put into this game make me sick.
Things must change!

Sanchez, 38, was dominated in a unanimous decision to Jake Matthews this past Saturday at UFC 253 and has struggled in his past three outings. Were it not for a disqualification win over Michel Pereira in a fight where he was down on the scorecards, Sanchez would be on a three-bout skid.

Given where McGregor and Sanchez are in their respective careers, Hardy doesn’t think it’s a suitable matchup for either man at this time.

“Who knows what Conor’s thinking?” Hardy said at a media scrum in Abu Dhabi on Tuesday. “I don’t know. He loves a headline. And if a week goes by without him being in the headlines, he’s gonna do something outlandish to garner some attention. I think that’s what that was.”

Hardy believes McGregor should look ahead rather than face off with one of the longest-tenured fighters in the UFC.

“There are lots of other good fights out there,” he said. “[Dustin] Poirier being one of them, but I would like to see that in mixed martial arts in the octagon, to be honest, at 155. It was a weird thing to do [to agree to Sanchez], and I think when you’ve got that kind of stature, you’ve got to be really careful who you’re calling out and how you’re doing it because it can really reflect badly on you.”

On Monday, McGregor and Dustin Poirier tweeted about the possibility of a charity match outside the jurisdiction of the UFC. McGregor’s has also mentioned as potential opponents lightweight champion Khabib Nurmagomedov, who submitted him in at UFC 229, and former interim champ (and management stablemate) Tony Ferguson. But the biggest revelation of late may be that McGregor has plans to fight boxing superstar Manny Pacquiao in the Middle East.

Based on some fans’ reception, Hardy doesn’t know if that’s a great matchup for Pacquiao due to the eight-division world champion’s massive popularity.

“Conor fighting Manny Pacquiao is not gonna look good on Conor, because everyone loves Pacquiao,” Hardy said. “It’s not gonna be great for his brand, and he’s gonna have to play the heel in that one, so it’s almost like he’s taking on that role a little bit.”