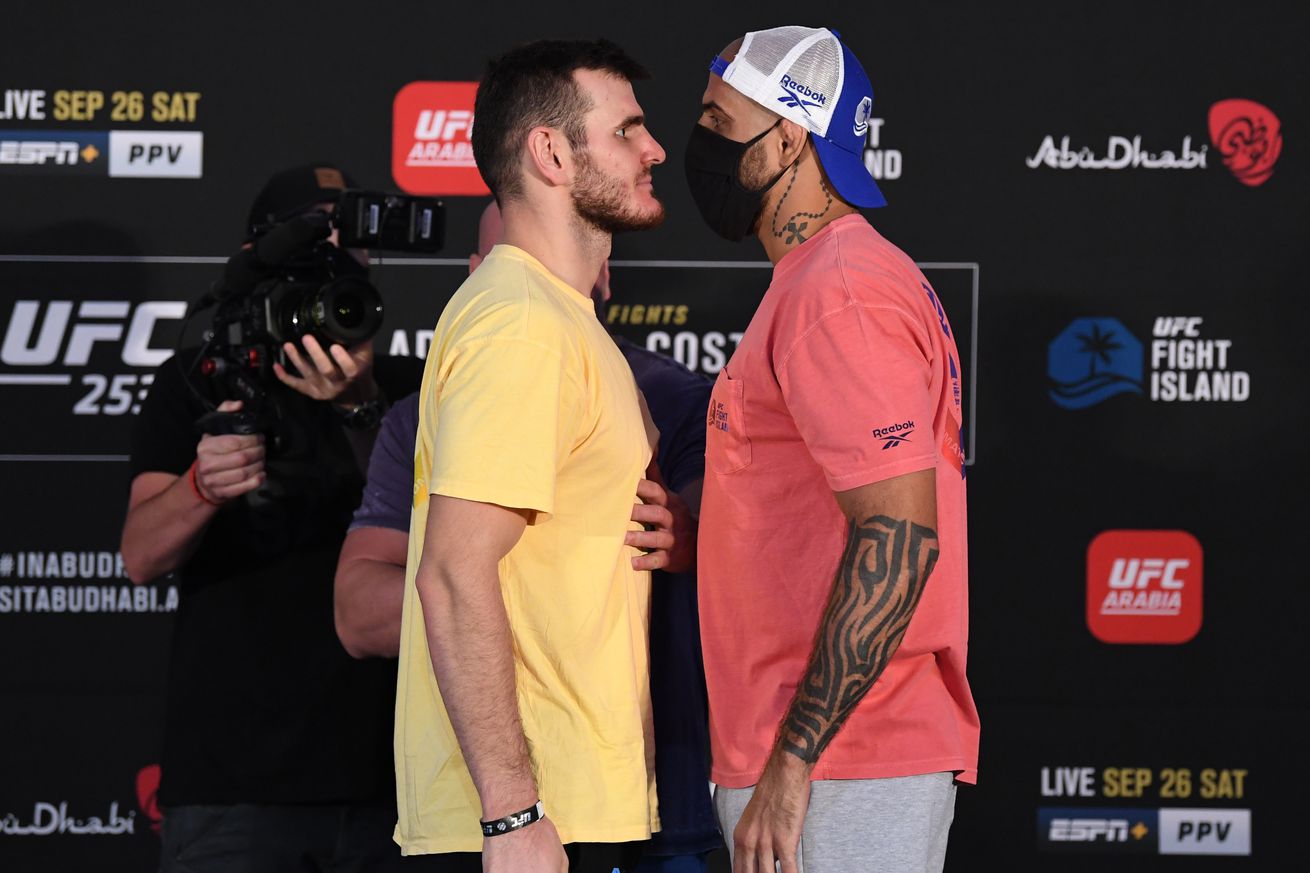 Khadis Ibragimov and Danilo Marques will battle in a light heavyweight bout at UFC 253. | Zuffa LLC via Getty Images

It has taken a while for Danilo Marques to finally earn his chance in the octagon, but being in a UFC event and experiencing a fight week at the biggest stage possible is nothing new to the 34-year-old fighter.

Marques (9-2), who takes on Khadis Ibragimov in the preliminary portion of Saturday night’s UFC 253 in Abu Dhabi, has lost count of how many UFC events he’s been part of over the past decade or so. As a cornerman, he’s been with Fabio Maldonado once, when he headlined a Fight Night card opposite Stipe Miocic, and helped former champion Mauricio Rua in most of his UFC fights.

“Demian (Maia), Mauricio and many others, I’ve been in half of the trips when they fought,” said Marques, who trains at Demian Maia’s team in Sao Paulo and Rafael Cordeiro’s Kings MMA in California. “Sometimes I wasn’t in the corner, like in Demian’s case, for example, but I’ve traveled a lot with them and have always been part of their camp. I’ve been with them all over the world.”

For Marques, experiencing a UFC fight week alongside major Brazilian stars helped him prepare for his first opportunity. And making his octagon debut in Abu Dhabi is more special since he travelled to Fight Island in July to corner “Shogun” for his trilogy bout with Antonio Rogerio Nogueira.

“I’m feeling at home here,” he said. “We spent almost three weeks here the first time, so I’m already used to the place. There’s not much we can do here but we know how the hotel works, I know the employees, I know what’s the best time to warm up before the fight. There’s nothing new for me here.”

Away from the cages for two and a half years, Marques originally signed to compete at Dana White’s Contender Series on June 30, but visa issues prevented him from travelling to the United States. He got a new bout set for Sept. 15 and flew to Abu Dhabi to corner Rua, but woke up one day to the news of another fight cancellation.

“That was hard, man. That was f*****g hard,” Marques said. “I remember being by myself in my room and opening the email and thinking, ‘no way, it’s impossible, I must be sleeping or something.’ I speak English and I’m used to reading in English, but used a translator to read it again [laughs]. I called Eduardo (Alonso, manager) right away. It was very frustrating, but Mauricio told me, ‘keep your head up, son, we’ll get it.’ I was frustrated, but we never gave up.

“Getting here was hard, but now I have to stay. I’m just halfway through now. My plan is to fight well and get the job done, but I’m obviously very anxious. It’s so cool, but I have to go there and work.”

Ibragimov has actual experience in the UFC cage, though, but went winless in his first three octagon appearances. Marques believes he’s “a good fight for us” style-wise, too.

“It’s a great match-up for me,” Marques said. “It’s a good fight for me regardless of the fact he’s coming off a win or a loss. I’m confident. The best way to win is doing what I always do, closing the distance and grappling. But we have other plans for the victory. Depending on what he tries to bring against me, we have a game plan set.”