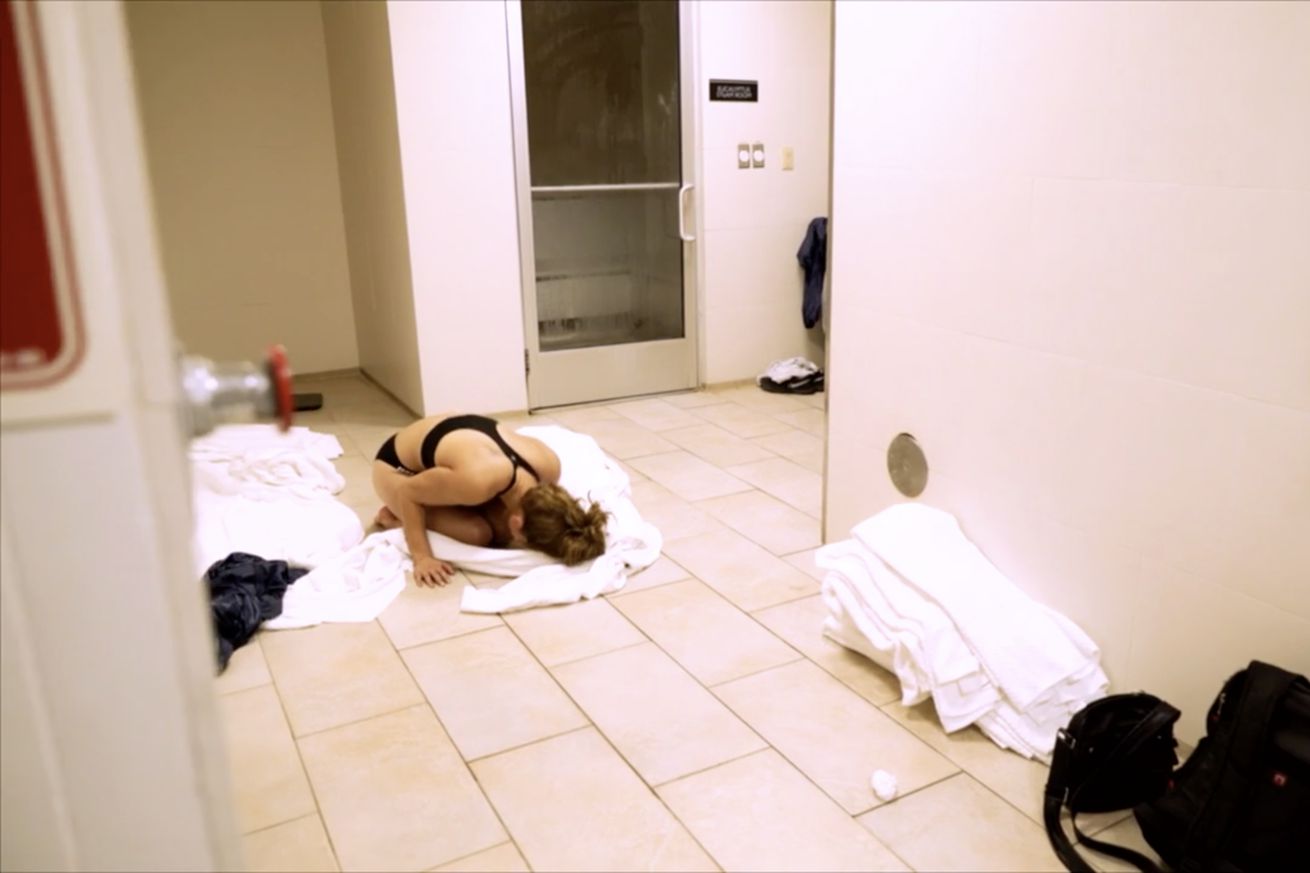 Watching veteran lightweight Ramsey Nijem barely being able to walk while dry heaving whatever liquid is left in his body is a shocking image to some but it’s an all too common moment for weight cutting in MMA.

On Tuesday night, HBO’s award winning series Real Sports took aim at the dangers of extreme weight cutting in MMA while sitting with Nijem as he dehydrated his body in order to lose 13 pounds over 17 hours ahead of his PFL quarterfinals bout this past October.

Nijem, who is a 10-fight veteran of the UFC, was attempting to cut down to the 156-pound limit for a non-title fight just months after he failed to make weight for a separate PFL event on July. While that weight miss wasn’t addressed during the segment, Nijem was pulled from the card in July after he was ruled ineligible by the New Jersey State Athletic Control Board after “he would not put his full feet on the scale” during two attempts to make weight.

Three months later, Nijem was attempting another weight cut as documented by Real Sports, which showed him suffering through workouts, sauna sessions, salt baths and eventually shaving his own head in order to get down to the lightweight limit.

“I just physically am killing myself, literally killing myself trying to make this weight and by the time I get to the fight, I don’t even f**king care,” Nijem said during the segment. “That becomes the fight.

While Real Sports sat with Nijem through his entire weight cut, the segment also documented two well known cases of fighters falling off cards in a pair of high profile incidents that took place in the UFC.

Middleweight contender Uriah Hall was rushed to the hospital in January 2018 as he attempted to cut weight for his fight against former UFC champion Vitor Belfort. Hall later revealed that he believed he almost died while trying to get down to the 186-pound limit required for the fight.

According to the segment, Hall was attempting to cut 18 pounds the day before his fight.

To make matters even more terrifying, Hall added that if he had somehow gotten down to the necessary weight, his fight would have almost certainly ended in tragedy.

“He told me I would have died,” Hall revealed. “Cause if I had to put my body through that stress, it wouldn’t have recovered.”

Since that incident took place, Hall has fought three more times including a pair of victories while never failing to make weight again.

Another fighter featured during the segment was former UFC flyweight champion Nicco Montano, who had a documentarian following her ahead of a scheduled fight against Valentina Shevchenko in September 2018.

In order to make weight, Montano turned to the UFC Performance Institute for help as she attempted to get down to 125 pounds ahead of her first title defense.

In recent years, the UFC P.I. has worked with numerous fighters to assist them with weight cuts as well as nutrition in order to offer them the best chance to maintain a competitive advantage while staying as healthy as possible.

During the video, Clint Wattenberg, who is the UFC P.I. coordinator of sports nutrition, explained to Montano that her body chemistry should allow her to cut from a current weight of 155 pounds all the way down to 125 pounds for her fight.

“The data corroborates the fact that yeah, you can make 125,” Wattenberg said in the video. “It’s not going to be easy. You have the body fat to make 125.”

Montano never made 125 pounds but instead she ended up in the hospital following a brutal weight cut that ultimately cancelled the scheduled fight with Shevchenko. Real Sports said that UFC officials declined comment to them on the piece.

After her botched weight cut, Montano was stripped of the flyweight title by the UFC.

As for Nijem, after shaving his hair to make weight, he suffered a 52 second loss to two-time PFL champion Natan Schulte the next night.