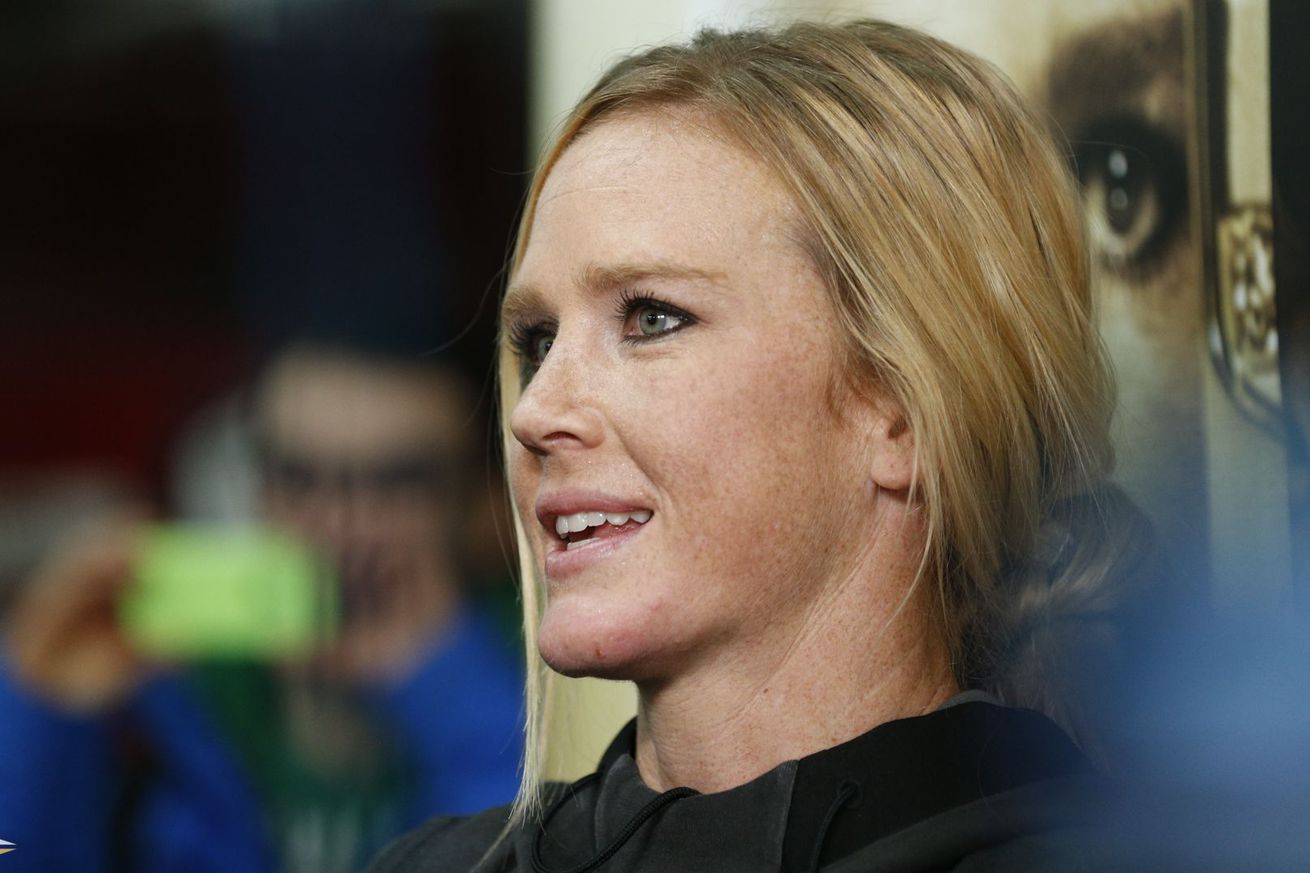 The former UFC bantamweight champion, who crossed over to mixed martial arts after an accomplished career in boxing, has faced the ups and downs of a combat sports career that stretches back over 18 years.

During that time, Holm has reached the highest highs including her stunning knockout over Ronda Rousey as well as suffering through the lowest lows like the time she was brutally finished by Anne Sophie Mathis in boxing. Through it all, Holm has learned to persevere while understanding that she can’t allow herself to be defined by any win or a single loss on her resume.

“I’ve been knocked out cold and had to come back,” Holm told MMA Fighting during the UFC Fight Island 4 media day. “If a fighter’s never been there, it’s definitely one of the hardest things to deal with. You start to self-doubt. Am I going to get knocked out again? Am I really that good? There’s all these questions that fighters probably don’t want to admit they’re asking.

“You take a fight like ‘yeah, I believe I can do it.’ It’s like am I telling myself I can do it or do I really think I can do it. There’s a lot of demons you can battle in your own mind. I’m a firm believer in the fact that you can feed yourself whatever motivation you want.”

According to Holm, what made the difference for her was the ability to overcome those doubts as she got ready for her next fight.

“If you keep questioning yourself, it’s going to come out in your performance,” Holm explained. “If you don’t believe in yourself and you’re the one that has to go out there and fight, how do you think you’re going to win?

“You always have to believe you can do it and the day I don’t believe I can do it, is the say I need to retire. Setbacks doesn’t necessarily mean that it’s done.”

In recent years, Holm has remained at the top of the UFC’s bantamweight division while also competing for gold in the featherweight division on two separate occasions.

While she’s largely remembered for taking the title from Rousey in 2015, Holm has now endured losses in her past four UFC championship fights. Most recently, Holm suffered a TKO loss to Amanda Nunes as she attempted to reclaim the bantamweight title after falling to Miesha Tate in her first defense just over four years ago.

Despite those shortcomings, Holm isn’t giving up hope that she’ll never wear gold around her waist again.

Holm may be turning 39 years old just days after her main event fight against Irene Aldana this weekend but she’s not planning to fade away any time soon. In fact, Holm is confident a win at UFC Fight Island 4 will put her right back on track towards the eventual goal to compete for a title again.

“A lot of people at this point in my career are like ‘have you thought about retiring? You had the belt and lost it, you’re already 38, you’re old.” Holm said. “Well, I’m still ranked right up at the top for a reason.

“What I want to keep doing is make that belief, I want people to believe in me so I need to make the best performance so they can see why I’m still doing this. Why I’m still passionate about it and why I believe in myself.”