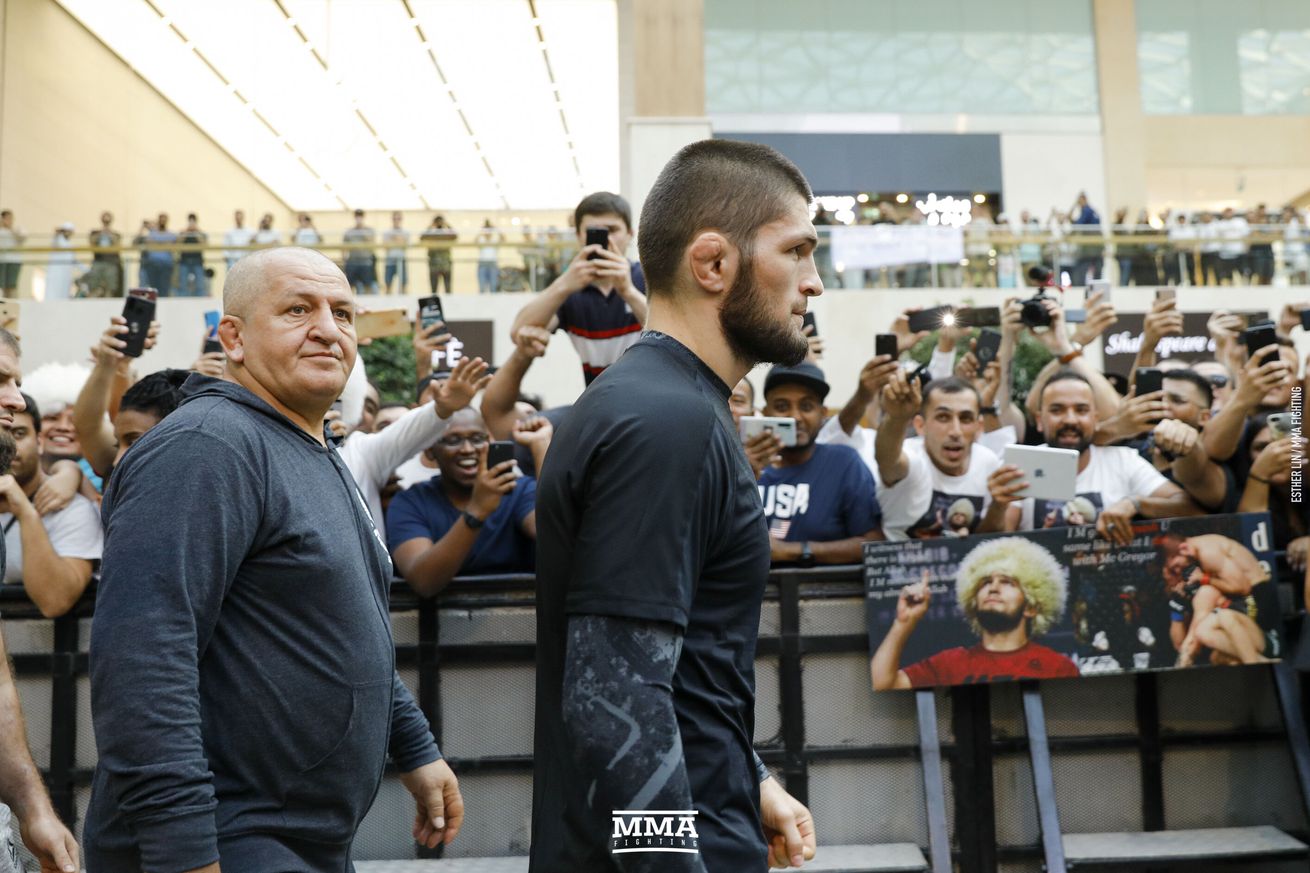 Abdulmanap Nurmagomedov’s fingerprints are all over his son’s preparation for UFC 254.

The father of lightweight champion Khabib Nurmagomedov died in July, leaving behind a legacy that includes coaching the younger Nurmagomedov to a 28-0 pro record and a spot alongside the best to ever compete in MMA. On Saturday in Abu Dhabi, Nurmagomedov defends his title against Justin Gaethje in what will be his first fight since his father’s passing.

American Kickboxing Academy head coach Javier Mendez has been the man in Nurmagomedov’s corner during his climb up the UFC ladder and though he and Abdulmanap were only able to corner Khabib together once, he can’t emphasize enough how important Abdulmanap’s influence has been on Nurmagomedov’s career.

“It does affect and I’ll tell you how it affects,” Mendez said at a Thursday media day when asked about how this camp was affected by Abdulmanap’s death. “When I had his father with me, even though I’ve only cornered [with Abdulmanap] one time and that was with Dustin [Poirier], the fact that I would talk to Khabib about things, about how we apply things and he’d always tell me, ‘Yes, my father say same thing coach.’ I don’t have that anymore, so I don’t have that backup like before. Someone that grew with him and knew him better than anybody, so for me it’s a little bit more difficult per se. But he’s been handling it fantastic.

“He’s driven and he’s motivated to preserve the legacy that him and his father had planned. That’s the one thing I can say that is great. He says, ‘Coach, if anything breaks, it’s okay, because my mind is not broken.’”

Nurmagomedov looks to remain unbeaten this weekend and record the third straight successful defense of his UFC lightweight championship. Standing in his way is Gaethje, arguably the hardest-hitter at 155 pounds and an opponent with a respectable wrestling background.

Should Gaethje’s takedown defense hold up, the normally single-minded Nurmagomedov may have to show off some of his striking, an aspect of his game that Mendez sees as underrated but also potentially dangerous for the champion.

“The thing I don’t feel comfortable about is because I like the easy route and to me I think he’s the best on the planet that there’s ever been at 155 on taking people to the ground and sticking on the ground,” Mendez said. “So I prefer the easy route, I always like that. He always scares the hell out of me when he likes to stand with people. I don’t like that. I’m saying this because I’m hoping that it rings true to him to not stand with this guy.

“I don’t want that because it’s not an easy feeling knowing that you have an easier route to victory and he chooses to go the harder route. With his father there, he went strictly 100 percent the Father’s Plan route. That’s the part that scares me a little.”

It’s Abdulmanap and Mendez’s coaching that brought Nurmagomedov this far and if he ends the weekend 29-0, it’s unclear what the next stop would be on Nurmagomedov’s journey. A rematch with Conor McGregor or a legacy bout against Georges St-Pierre have been discussed frequently (though Nurmagomedov himself has expressed no desire to fight McGregor again), but neither matchup is close to being set in stone.

Mendez is in favor of Nurmagomedov fighting “GSP” next, which he says is what Abdulmanap would want as well.

“If we get by Justin, which I’m hoping we do and that’s the plan, I would like GSP because I was in the car when him and his father discussed the ideal last opponent was GSP,” Mendez said. “Now whether it’s Khabib’s last fight I don’t know, but let’s just say it is like you’re saying, I would say GSP. It would be my number one pick. Number one pick, GSP.”