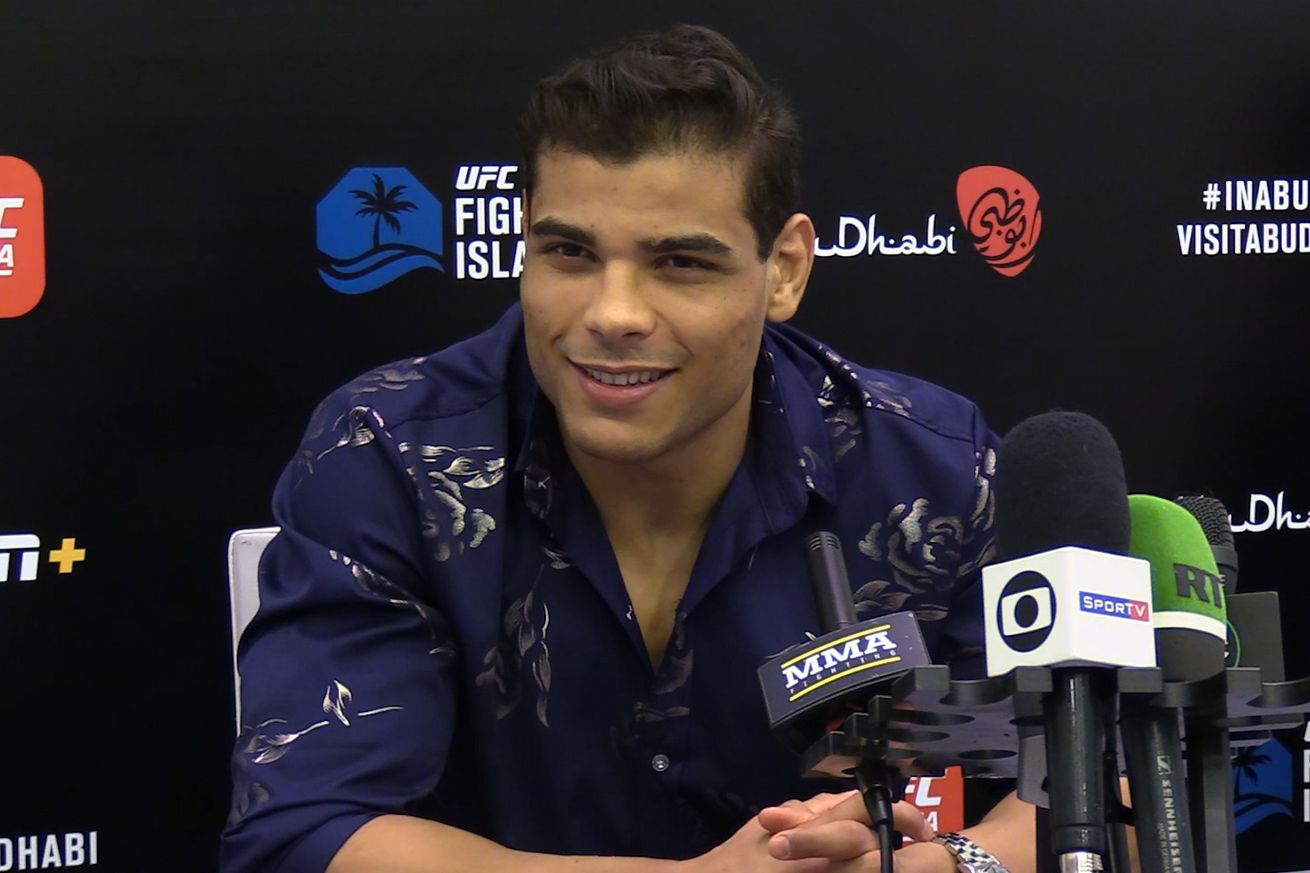 Paulo Costa has no issues making the middleweight limit, but if the right opportunity comes along, he’ll gladly jump up a division.

While it’s obvious Costa is one of the larger fighters competing at 185 pounds, his first concern is conquering his current weight class as he challenges champ Israel Adesanya in the main event of UFC 253 on Saturday in Abu Dhabi.

At media day on Wednesday, Costa told reporters his weight cut is on point for the official weigh-ins, which take place Friday. His weight has been a topic of conversation in the past; he was one of several fighters advised by the California State Athletic Commission to potentially move up a division. The recommendation was made following Costa’s unanimous decision win over Yoel Romero at UFC 241 in August 2019.

Because Costa’s fight night weight (213.8 pounds) was 15 percent higher than his weigh-in day weight (186 pounds), he just came in at the threshold where the CSAC asked a fighter to consider a change in divisions.

Costa, 29, doesn’t expect this to be an issue going forward, and if he ever moves up to light heavyweight, it will be by choice, not necessity.

“Every time that I come here to fight at 185 pounds, it’s been more easy to me,” Costa said. “I don’t know what happened, maybe my body’s getting mature. But as I told before, I could fight at light heavyweight anytime.

“So it depends if I have a very good opponent, a big challenge at light heavyweight or at middleweight, it depends. I have both possibilities to move in both divisions.”

A reporter asked if Costa would be interested in fighting a returning Anthony Johnson, to which he answered, “I think so.” But were he given the option to fight an even bigger fish, one that currently has plans to change divisions himself, that’s a target that Costa couldn’t pass up on.

“If Jon Jones was still there, then I’d definitely want to move up to fight him, but we’ll have to wait for this weekend to see how that fight plays out,” Costa said via a Portugues translator. “But maybe stay at middleweight if it’s interesting.”

Though Costa is 13-0 as a professional with wins in all five of his UFC fights, Adesanya has questioned the resume of his unbeaten challenger. The two have on shared opponent, Romero, with Romero also having notable victories against middleweight veteran Uriah Hall and former UFC welterweight champion Johny Hendricks.

Costa likes how his conquests stack up against those of the champion.

“Israel said that I don’t have a good enough resume, I haven’t fought high-caliber fighters,” Costa said via a Portuguese translator. “I fought Johny Hendricks. Johny Hendricks might have been at the end of his career, but back then people said, ‘Hey, he’s not gonna get through him.’ And I did, and I fought Romero, almost knocked him out, so it doesn’t make too much sense.

“Adesanya was afraid of fighting Romero.”

Costa shied away from anointing his matchup with Adesanya as the greatest middleweight fight in UFC history, saying that he’d leave it to the media to work that angle. He did concede that it is a “rare moment” in MMA to have two undefeated fighters fighting for a world title.

In terms of legacy, though, Costa knows what the middleweight championship means to Brazil given its most well-known titleholder is Anderson Silva, arguably the country’s most beloved fighter. Before making any light heavyweight overtures, Costa is determined to do right by the standard set by Silva.

“It’s continuing the legacy for Brazil,” Costa said via a translator when asked what it means to fight for a title so strongly associated with Silva. “Holding that belt.”

“I’m proud to be a Brazilian,” he continued. “I’m a patriot and I hope that people can value me and realize that I’m the new champion.”