In what should come as no surprise to anybody, the water balloon drive-by stunt that YouTuber Jake Paul pulled on Bellator fighter Dillon Danis earlier this week was probably staged.

We say “probably” because we can’t say for sure, but new footage released by Showtime on Thursday speaks for itself.

The rawness of the original video, likely shot on a cell phone, made it seem like maaaybe it was real, but there was instant skepticism once we knew the attack (air quotes) took place outside a media company’s offices in Santa Monica, Calif., that Showtime uses. The new professionally shot footage, while Danis was filming “Below the Belt” with Brendan Schaub, makes things pretty clear.

Take a look and judge for yourself (via Twitter):

Gotta love how everyone is pretty calm, Danis starts laughing, and Schaub immediately starts selling a fight between Paul and Danis.

Check, check, and check. Who could’ve seen this coming?

This took place one day after Paul issued a gross callout of Conor McGregor, Danis’ friend and teammate, in which he took a personal shot at McGregor’s fiancee and claimed to have a made a $50 million offer to fight the former UFC champ-champ.

Paul, who is famous in the first place for reasons I don’t understand, has amplified his calls to fight McGregor or Danis in boxing ever since he knocked out former NBA star Nate Robinson last month on the Mike Tyson vs. Roy Jones Jr. pay-per-view in his second pro (celebrity) fight.

So far, neither McGregor nor Danis has elected to retaliate (air quotes).

Jake Paul has garnered callouts from across the sports world. Here’s a look. 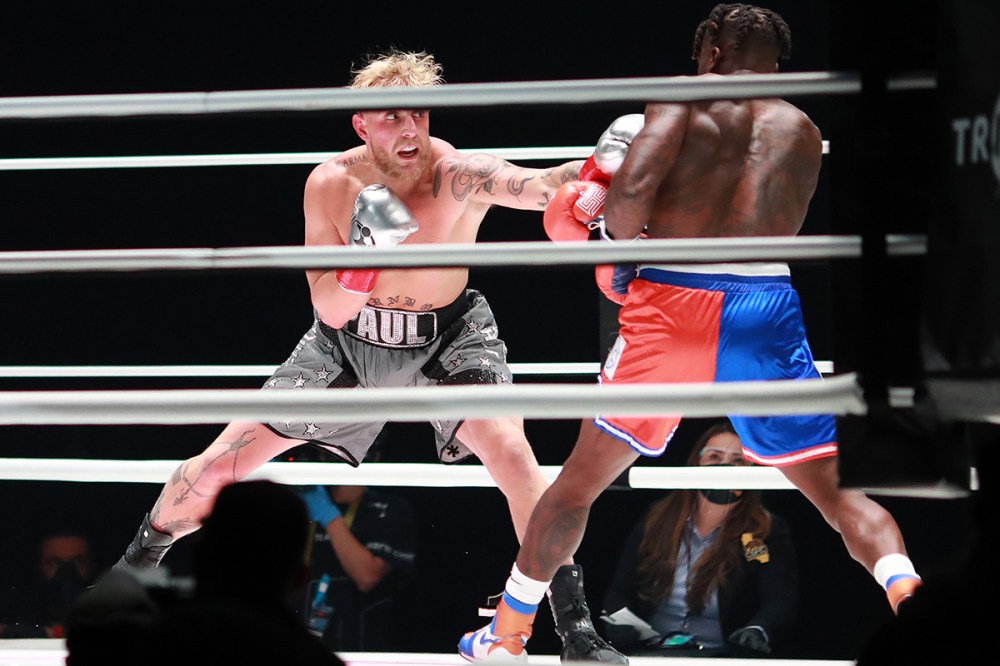