One day after UFC bantamweight Irwin Rivera was arrested on attempted murder charges for allegedly stabbing his sisters, his family has come to his defense – even the sisters themselves.

On Friday, Rivera’s sister Lezlye and mother Susana Campos indicated Rivera’s mental state wasn’t right in the days leading up to his attack on Lezlye and another sister, Kelly, who were visiting Rivera from out of town because they were worried about him. In a lengthy Facebook post, Lezlye said she and her sister are “fine (and) well” after Rivera allegedly stabbed them multiple times.

“All we wish is for him to get the professional mental help he so desperately needs,” Lezlye wrote, adding that Rivera’s mental state had been “completely corrupted into something unrecognizable.”

Campos told Mexican newspaper Milenio that Rivera “lost his memory, and something evil took over him a few days ago. His mind was blocked. He wasn’t himself.” 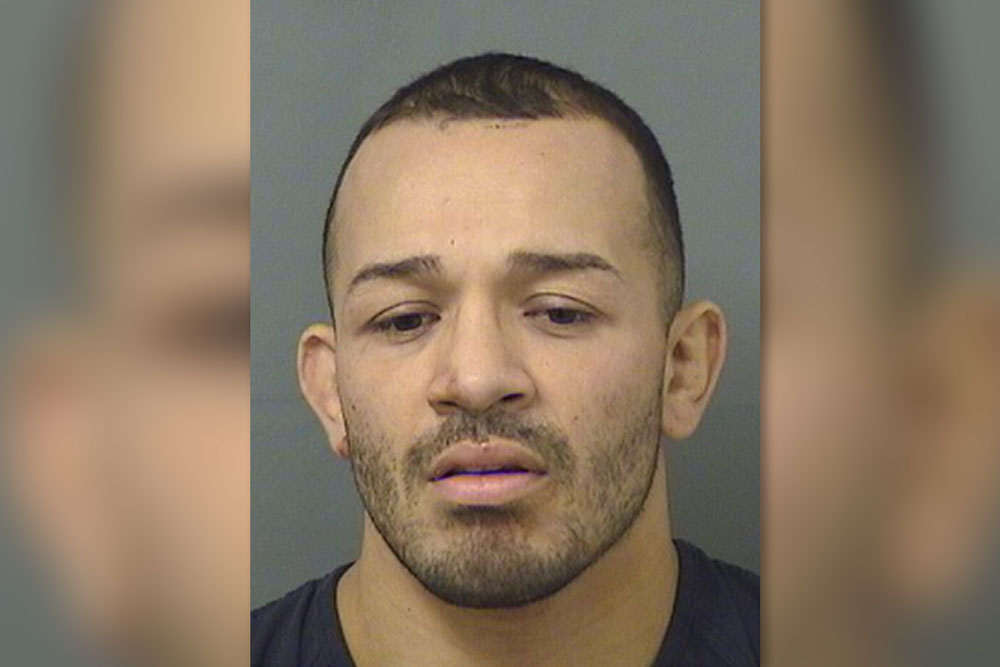 According to a police report, Rivera’s alleged attack took place in the middle of the night Thursday. A 22-year-old woman was found on the street covered in blood. She told police that her brother, Rivera, had stabbed her and her sister inside his home. Officers also found a 33-year-old woman covered in blood. She told police that she and her sister woke up to being stabbed by Rivera.

Rivera “said that he did so because it was his purpose, which he was told to by a higher power,” the report said.

Rivera was later booked and charged with two counts of attempted murder. He is being held without bond until Friday at his first appearance in court.

In a statement, the UFC said it had been informed by Rivera’s management, Dominance MMA, that he had been “exhibiting behavior consistent with mental health issues.” The UFC said that Rivera would not be offered a bout until it gathered more details.

You can read Lezlye’s full message on Facebook below:

me and kelz are fine n well so we just wanna clear the air n let it be known that this is not about us! We love our brother to the fullest and anyone that knows us n our family knows exactly how much we all LOVE and mean to eachother and knows jst how close we as a family are , all we wish is for him to get the professional mental help he so desperately needs.

This past weekend my brother hasn’t been acting like himself . Not sleeping or talking like himself and completely just losing interest in his training, which we all know is what he lives to do. This concerned me and had me jump on the next airplane ASAP n go check up on him. Unfortunately his mental stage was worse then we could of imagined and before we could help him he completely broke. This is not easy for me or my family but I ask to pleeeeesse keep MY BROTHER in your prayers , pray he can stabilize and come back to us bc sometime withing the past 24hours his mentality has been completely corrupted into something unrecognizable. Again we LOVE OUR BROTHER and are 100% here to support him n try n get him this help he so desperately needs!

Rivera, who made his UFC debut in 2020 and went 1-2 with the promotion, most recently dropped a split decision to Andre Ewell this past September at UFC Fight Night 178.