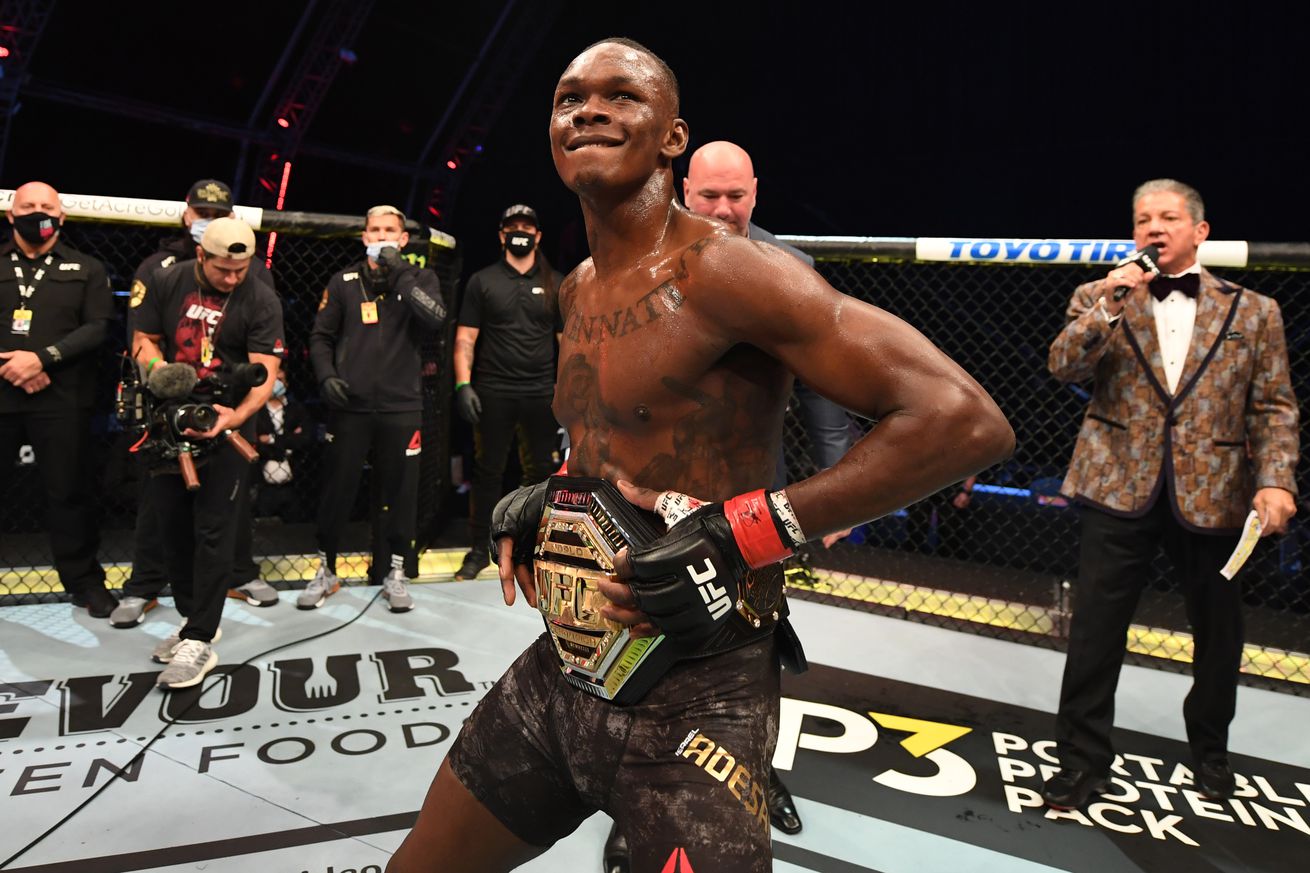 Israel Adesanya and Jan Blachowicz shined brightly on Saturday and their championship performances did not go unnoticed.

Adesanya won a lively, if one-sided, main event fight against rival Paulo Costa to retain his middleweight championship. After a tactical first round, Adesanya dazed Costa with a lightning-fast punch and finished with follow-up strikes for the TKO victory. The thrilling knockout was in stark contrast to Adesanya’s heavily-panned unanimous decision win over Yoel Romero in his first title defense.

In the co-main event, Blachowicz won in similarly dominating fashion, brutalizing Dominick Reyes with kicks to the body before finishing with punches in round two. With the victory, Blachowicz claimed a vacant UFC light heavyweight title, the first man not named Jon Jones or Daniel Cormier to hold that belt since March 2011.

Royval and Kara-France put on one of the best rounds of the year on Saturday with an opening frame that saw Royval staggered early. However, seconds later he threw a spinning backfist that rocked Kara-France and from there the action hardly slowed down. Royval put an end to a wild fight with a guillotine choke in round two.