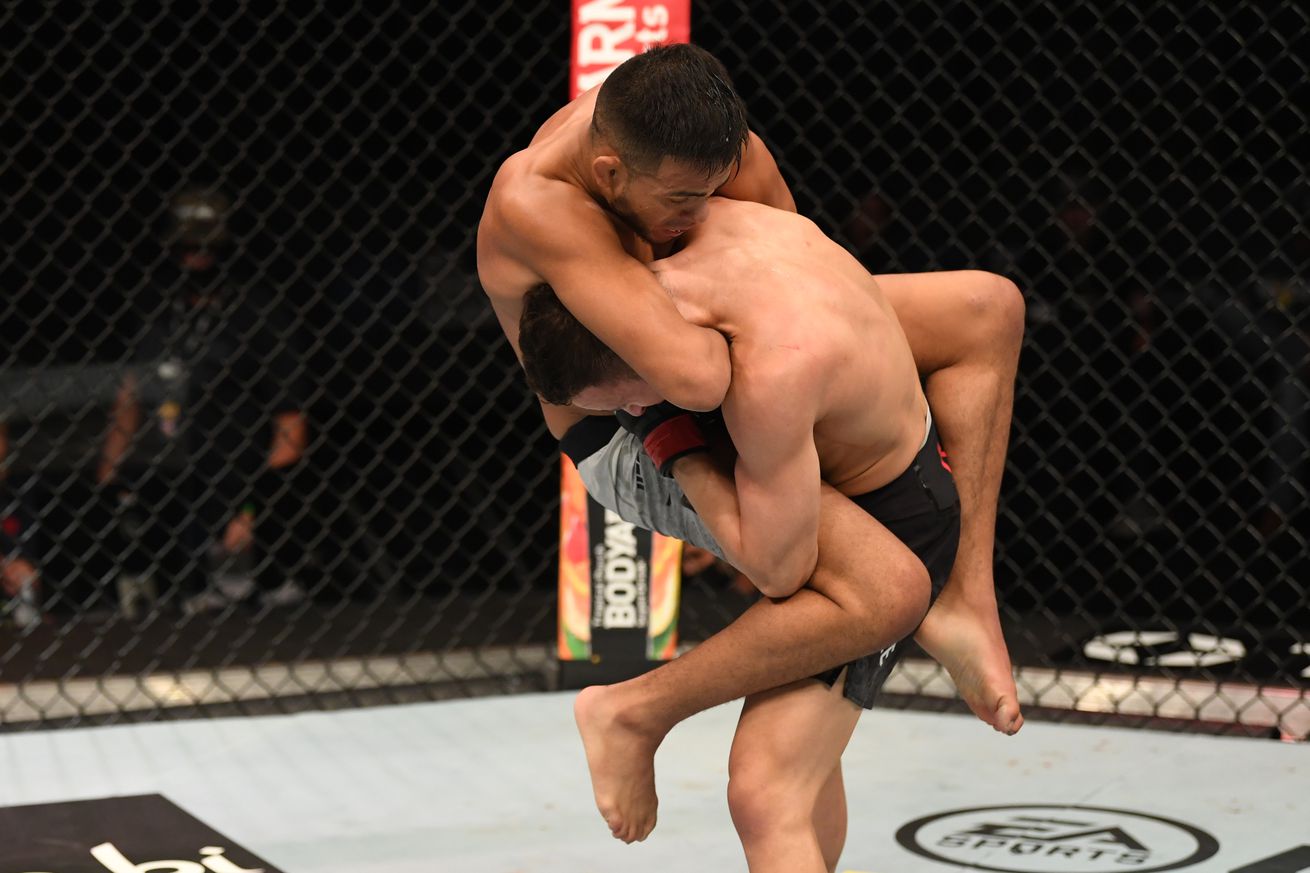 A new contender has emerged at 125 pounds and his name is Brandon Royval.

Following a Performance of the Night bonus in his UFC debut, Royval made quite the impression in his sophomore appearance inside the octagon by tapping out top 10 ranked flyweight Kai Kara-France in a crazy battle on the UFC 253 main card.

While the exchanges on the feet were nothing short of jaw-dropping it was a guillotine choke secured by Royval at just 48 seconds into the second round that got him the victory.

“I get in there and I fight and that’s all there is to it,” Royval said following his fourth straight win in a row overall. “We’re out here making statements.

“We’re going to go back to the drawing board and see what happens.”

The fight started with one of the wildest exchanges in recent memory after Kara-France tagged Royval with a nasty right hand on the feet that dropped him to a knee. Just as Kara-France was looking to follow up, Royval threw a spinning back elbow that blasted the New Zealand native and put him down on the ground.

The fighters engaged in a brief grappling exchange but once the action moved back to the feet it was Royval who connected with a stiff knee that wobbled Kara-France once again. Kara-France survived and then began throwing heavy punches as Royval was more than willing to trade shots with him until the first round came to a close.

Following a one-minute break, Royval listened to his coaches by avoiding Kara-France’s right hand and coming after him with straight punches from the outside. That led to Kara-France seeking a takedown but that backfired as Royval immediately latched onto the guillotine choke, which led to the finish a few seconds later.

Considering the impact he’s made with his first two appearance in the UFC including the win over Kara-France as well as another submission victory over former title contender Tim Elliott, Royval has become a serious threat to anybody in the flyweight rankings as he moves forward into 2020 and beyond.