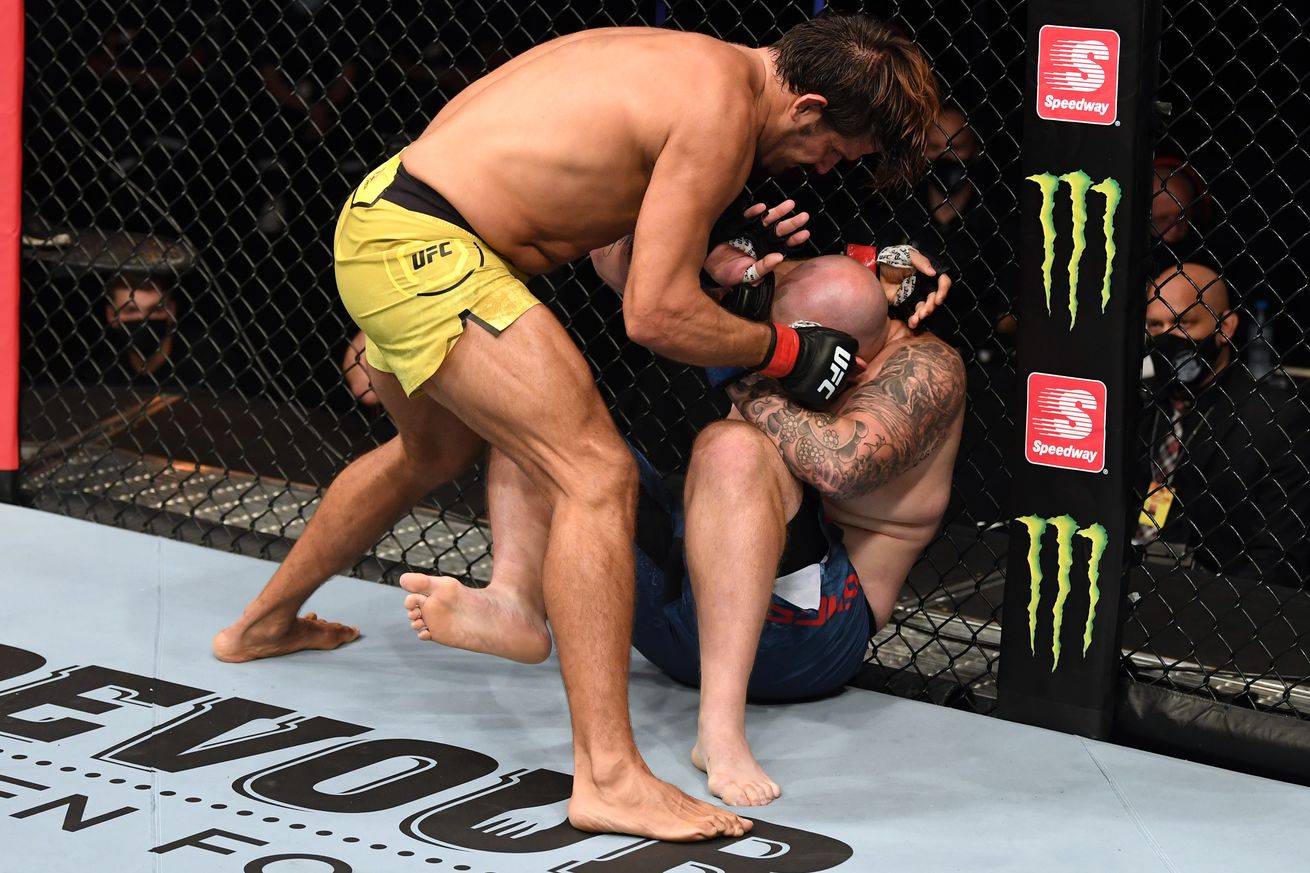 After nearly a two-year layoff, Juan Espino made up for lost time with a quick submission on Fight Island.

“El Guapo” took on Jeff Hughes during the UFC 253 preliminary card and was able to do whatever he wanted to his opponent en route to a first-round scarf-hold submission win in Abu Dhabi.

@Juan_Espino_ofi with the TIGHT RD 1 sub.

Espino won season 28 of The Ultimate Fighter with an opening round submission win over Justin Frazier at the TUF 28 Finale in November 2018. He made his way to the finals after picking up wins over current UFC heavyweights Ben Sosoli and Maurice Greene.

A flurry of injuries has kept the 39-year-old out of action until Saturday night’s triumphant return. Espino handed Hughes his third straight defeat, but also the first submission loss of his career.

After a 2011 loss to Vitaly Minakov, Espino took a nearly six year layoff from the sport. Since returning in March 2017, the Spain-born fighter has been unbeaten over his last eight.