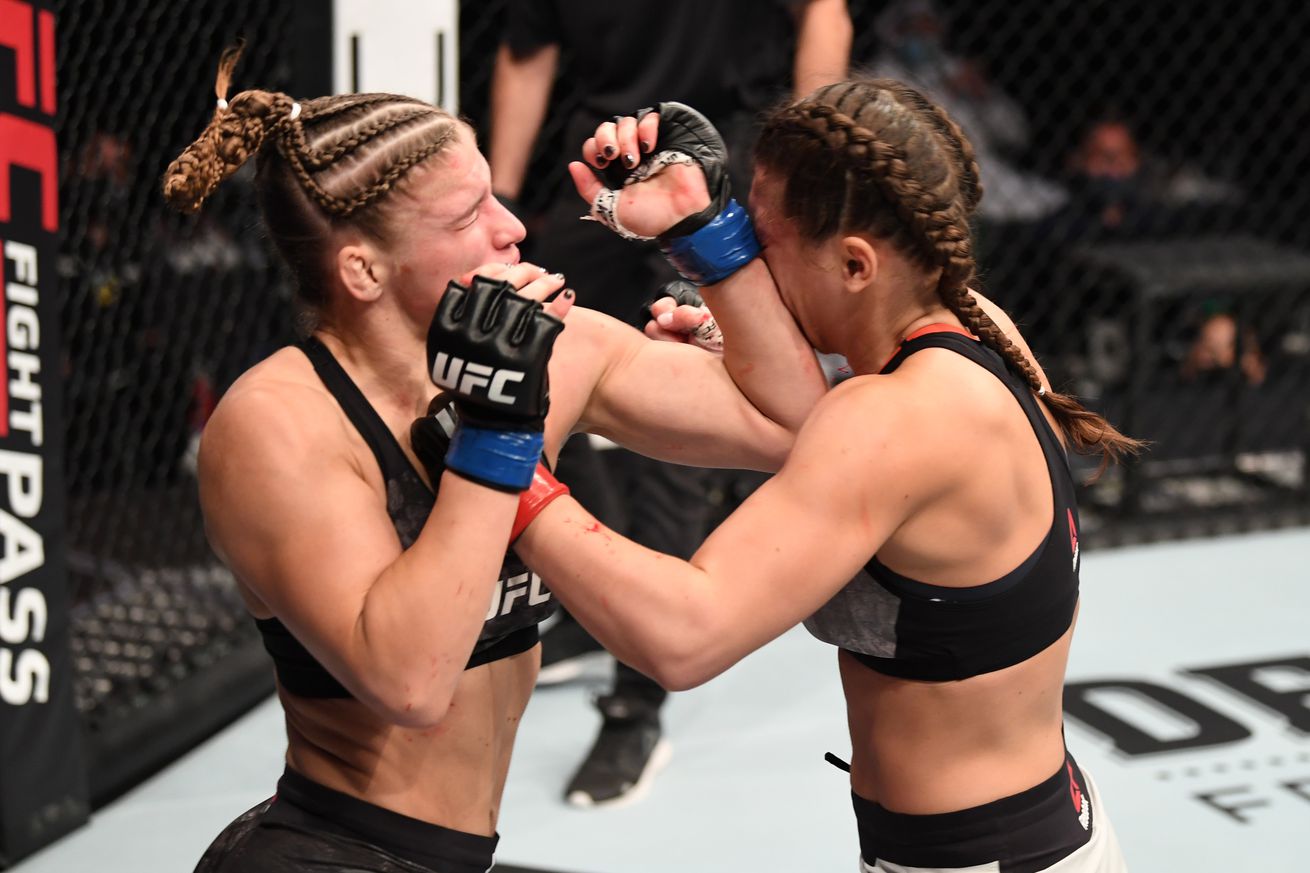 Miranda Maverick is currently going for her PhD in college, working as a teaching assistant and now she can add winner in the UFC to her growing list of accolades.

The 23-year-old flyweight prospect sliced and diced Liana Jojua in their fight at UFC 254 with the content eventually ended after a savage elbow absolutely demolished the Georgian fighter’s nose. A look at the nose between rounds was all the referee needed to see to stop the fight.

Prior to the finish, Maverick was already controlling Jojua on the feet, mixing up her combinations with a flurry of punches and kicks.

Maverick was consistently landing her lead left hand, which kept catching Jojua off guard and snapping her head back during the exchanges.

Eventually, the former Invicta FC prospect threw another left hand that cracked Jojua and she followed with an elbow strikes that mashed her opponent’s nose. Jojua survived to the end of the round but the referee would not allow her to continue despite protests to continue the fight.

Maverick has been eyed as a fighter to watch ever since she signed with the UFC and now she’s proven herself inside the octagon as she jumps into the deep end of the women’s flyweight division.