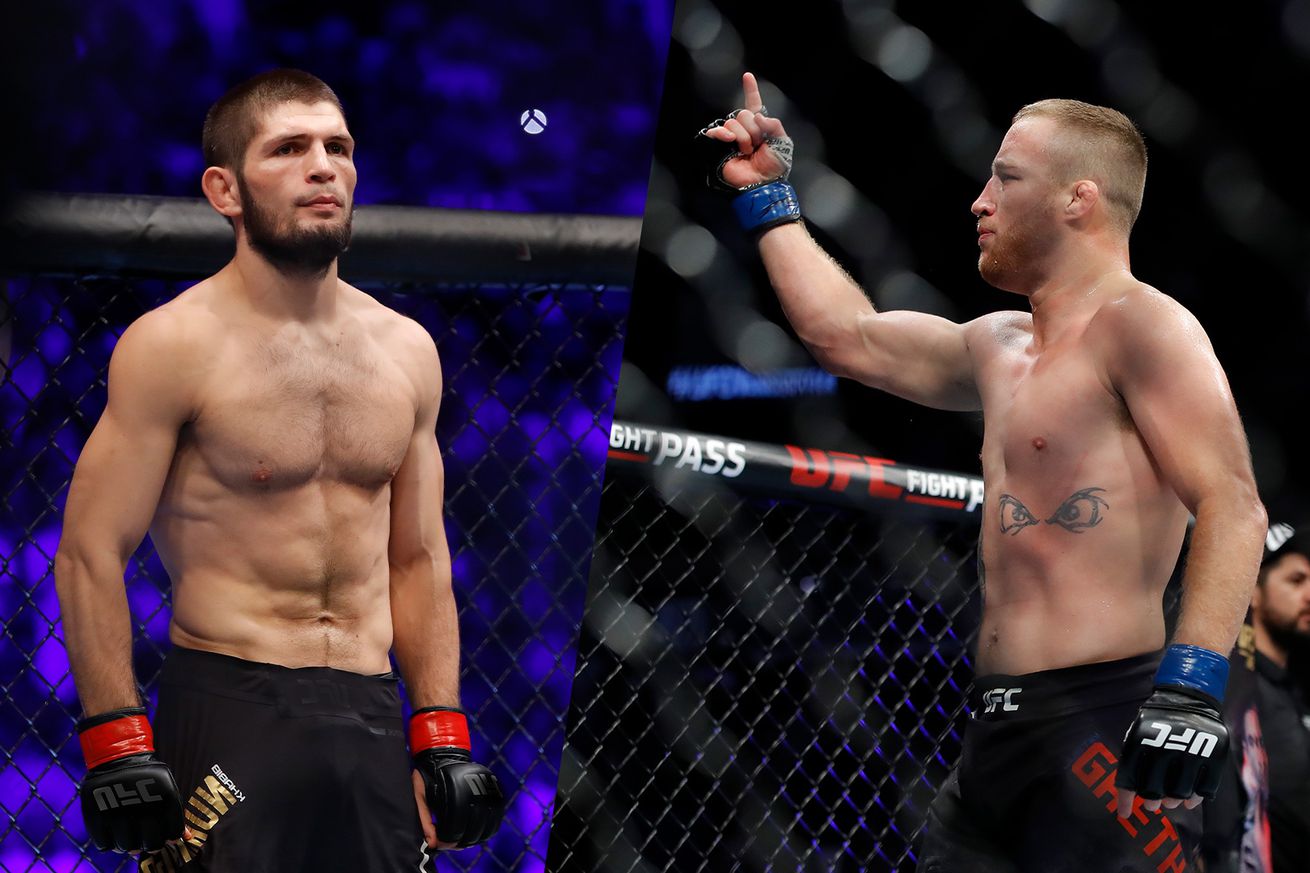 The UFC 254 main card has been revealed and it will look slightly different than what fans are accustomed to seeing.

Headlined by the highly anticipated matchup for the undisputed lightweight title between Khabib Nurmagomedov and interim champ Justin Gaethje, the PPV card will feature six matchups, opposed to the usual five. UFC 254 will take place Oct. 24 to cap off a five-week trip to Abu Dhabi for the promotion.

Nurmagomedov returns to action for the first time in over a year after submitting Dustin Poirier in the main event of UFC 242. “The Eagle” will look to make it 29 straight victories to begin his pro career, and three straight successful title defenses since capturing the title at UFC 223.

After opening round finishes of James Vick, Edson Barboza and Donald Cerrone, Gaethje captured the interim 155-pound title with a fifth-round finish of Tony Ferguson at UFC 249.

Heavyweights will throw down in the featured bout as Alexander Volkov takes on Walt Harris in a top-10 matchup, while former lightweight champion Rafael dos Anjos returns to 155 to take on Islam Makhachev.

Check out the full UFC 254 main card below: