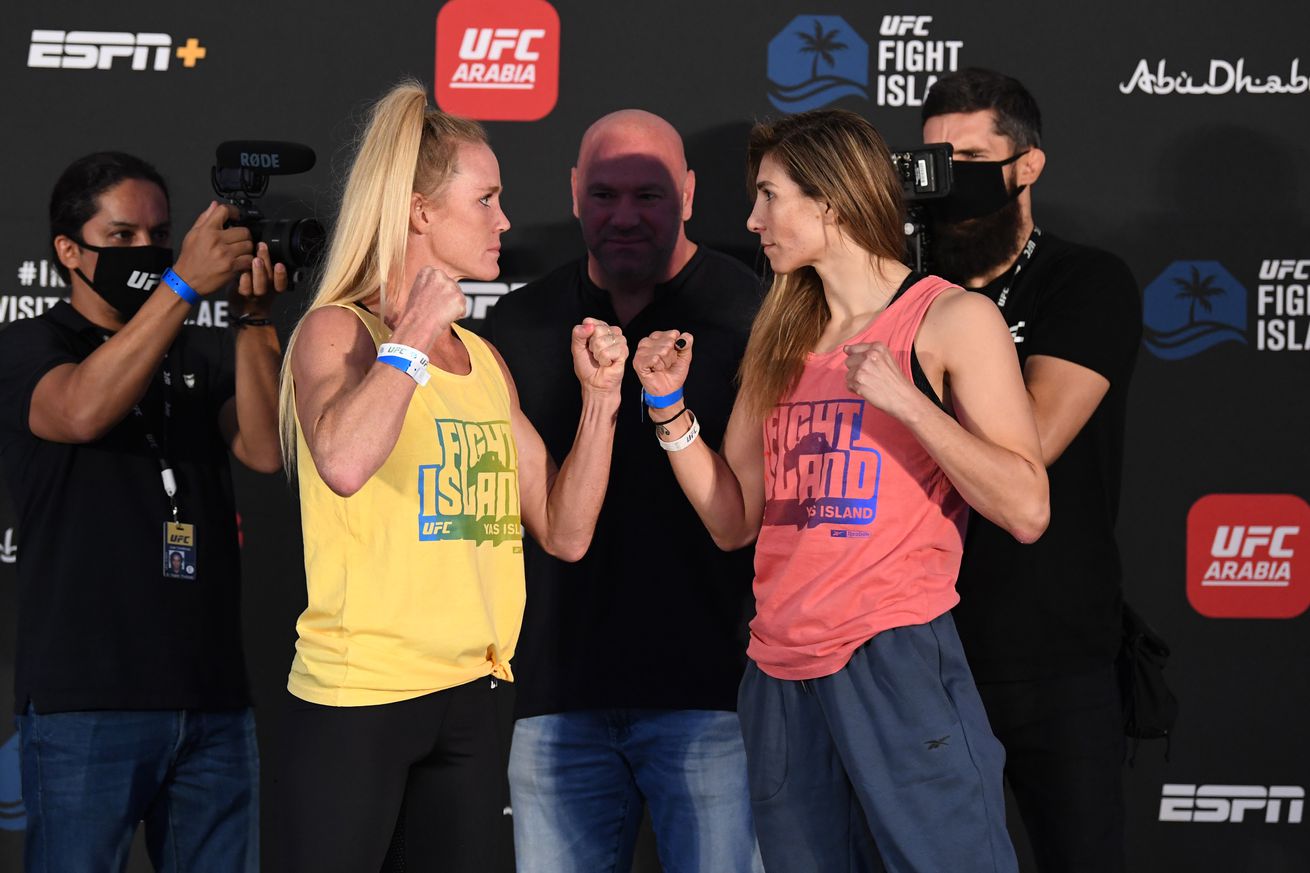 This is the UFC Fight Island 4 live blog for Holly Holm vs. Irene Aldana, the bantamweight headliner for Saturday’s fight card on Fight Island in Abu Dhabi.

Former bantamweight Holly Holm returns to the cage nine months after a second decision win over Raquel Pennington in an appearance at UFC 246. The ex-champ has struggled to stay consistent in the octagon as of late, bouncing between wins and losses in her past six fights, though she’s consistently faced the best in women’s MMA, including Valentina Shevchenko, Germaine de Randamie, Cris Cyborg and Amanda Nunes.

A fight against Aldana gives Holm the chance to stay within striking distance of a title, which might be more conceivable if current two-division champ Nunes – who knocked her out – cedes one or both of the belts.

Aldana is 10 months removed from one of the most impressive wins of her career, a knockout of Ketlen Vieira that snapped the Brazilian’s four-fight win streak and potential No. 1 contender spot. The Mexican fighter has won two straight and is 5-3 overall in the octagon.

Check out the UFC Fight Island 4 live blog below.