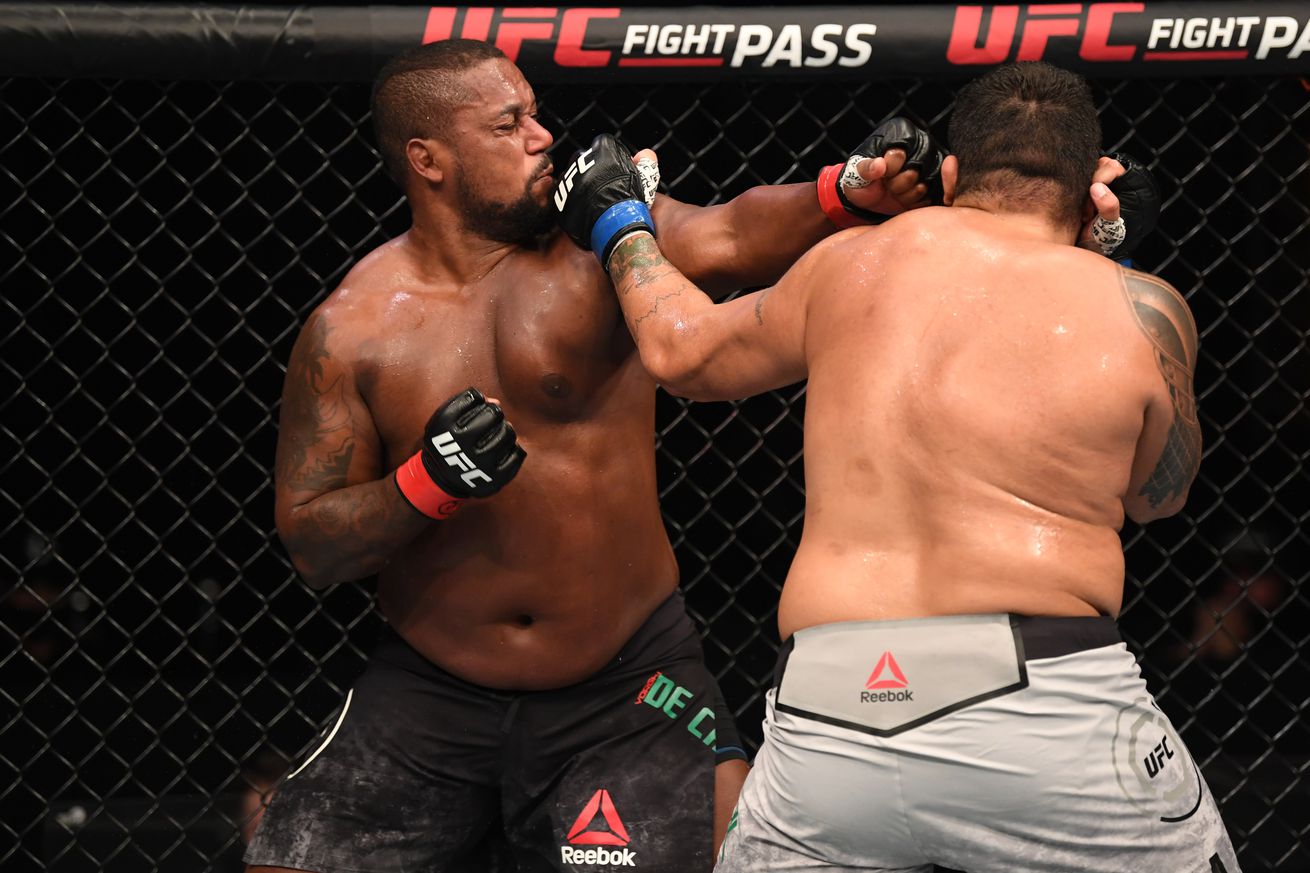 Carlos Felipe showed no fear of a striking battle on the feet as he out dueled Yorgan De Castro in the UFC Fight Island 4 co-main event.

The Brazilian was constantly on the attack, pushing De Castro around the cage and throwing punches in bunches over all three rounds to earn the unanimous decision victory. The judges scored the fight 30-27, 30-27 and 29-28 with Felipe picking up his first win in the UFC.

“I love doing this,” Felipe said following his win. “I fight having fun. Love me or hate me. I have some violence inside me and I put it inside the cage.”

The heavyweights were definitely throwing with bad intentions in every exchange with Felipe closing the distance while throwing a stiff leg kick and then targeting the head with his punches. In return, De Castro was threatening to counter by throwing huge power behind every shot.

Still, De Castro appeared to be just a step behind Felipe, who was a little faster on his feet and that allowed him to connect with his strikes and then avoid the heat-seeking missiles coming back at him.

As the fight moved into the second round, Felipe started targeting the body with a series of hard shots. De Castro was still throwing with massive power behind his combinations but he was on his back foot with Felipe consistently walking him down.

Despite being up on the scorecards, Felipe was going for the kill after unleashing a flurry of punches at the beginning of the third and final round. While it was a blistering start, the action slowed to a crawl with De Castro looking for the clinch and referee Kevin Sataki opting to break them apart almost every single time without much warning at all.

Regardless of the strange way the final five minutes played out, Felipe had done more than enough to secure the victory and he wasted no time calling out his next opponent after having his hand raised.

“There was a guy in Brazil, he run away from me since last year,” Felipe shouted. “Raphael Pessoa, come on man.”