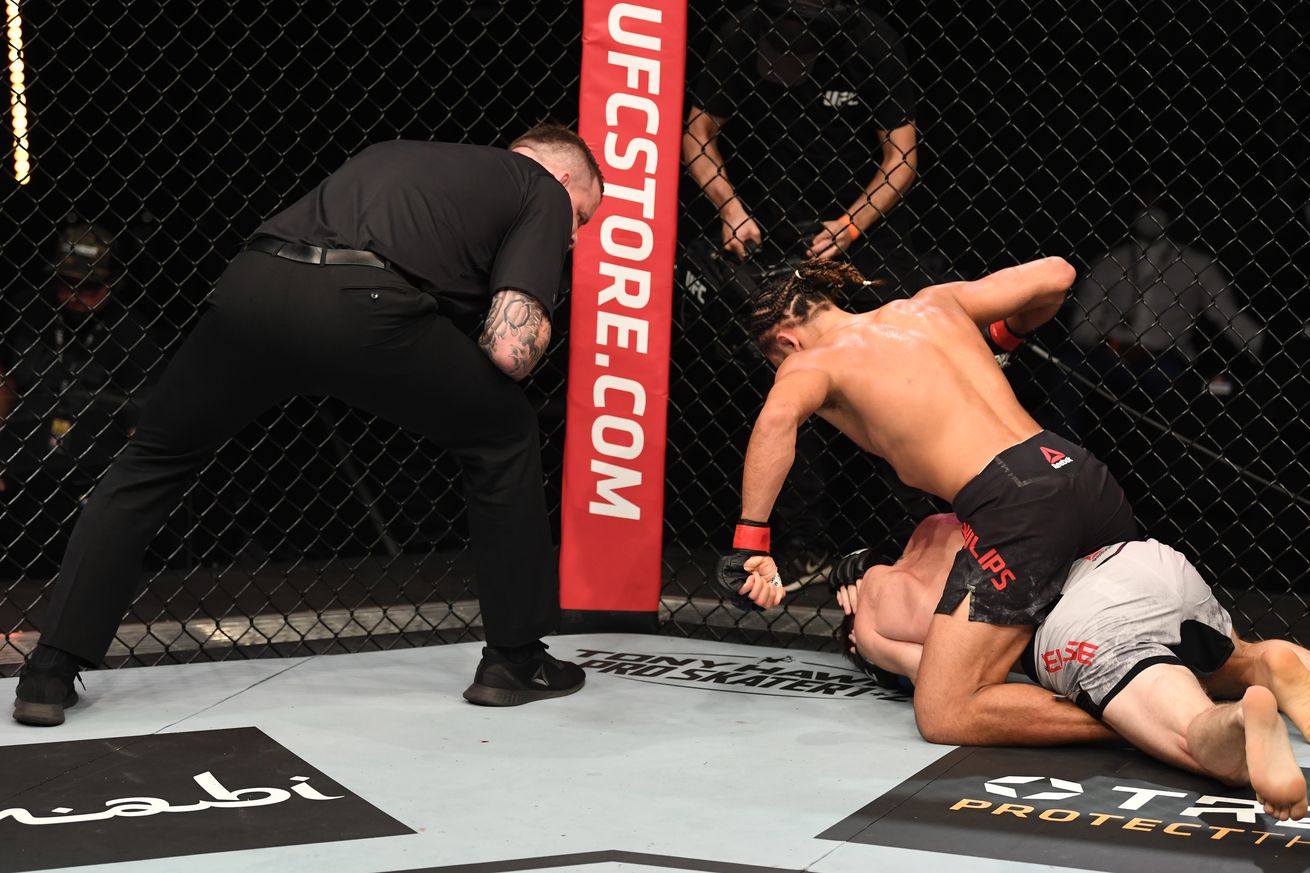 Kyler Phillips looks like he’s going to be a problem for a lot of the bantamweights on the UFC roster.

After getting a decision win in his debut earlier this year, Phillips returned with a statement performance at UFC Fight Island 4 as he bludgeoned opponent Cameron Else with ground strikes to earn a TKO stoppage. The end came at just 44 seconds into round two as Phillips moves to 2-0 in the UFC with a three-fight win streak overall.

“I’m excited to just do another,” Phillips said as he requested another opponent just second after his latest win. “I just want to fight all the time. This all I want to do.”

HUGE performance by @KyMatrix to earn his 3rd win inside the Octagon!

There was a lot of creativity in Phillips’ striking arsenal while throwing everything from spinning wheel kicks to flying knees where he actually launched himself over Else’s body as he ducked out of the way. Else did a good job staying away from those explosive shots but he couldn’t stop Phillips from taking him to the mat in the latter part of the opening round.

Phillips was constantly looking to advance his position while seeking the finish either by ground and pound or submission. As the horn sounded, Phillips was still unleashing a barrage of strikes and Else was slow to get up off the ground as he lumbered back to his corner.

After finding success with his ground game, Phillips went back to the same strategy in round two except this time he never allowed Else to get up again.

Once the fight was on the canvas, Phillips was relentless as he just hammered away with shots from the top and Else was only covering up to survive. Referee Marc Goddard clearly saw enough as he stepped into rescue Else before any further damage could be inflicted.

Phillips didn’t have his best day when he appeared on The Ultimate Fighter in 2018 but he looks to be a great addition to the roster now that he’s picked up back-to-back wins as part of the UFC roster.