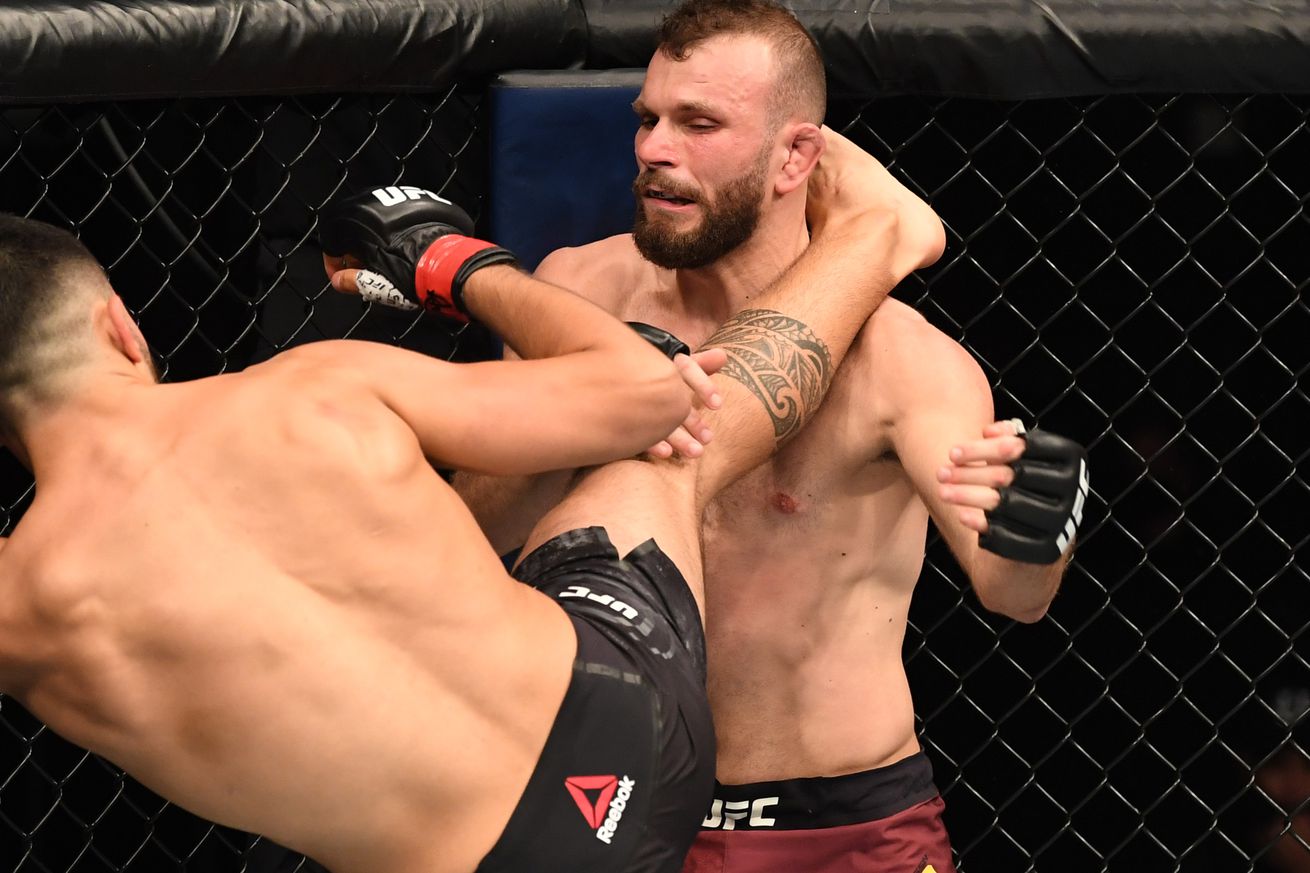 Luigi Vendramini got his first octagon win with a highlight-reel knockout at UFC Fight Island 4, stopping Jessin Ayari with a head kick in the first round.

After referee Jason Herzog stepped in to save Ayari, who faceplanted to the canvas after taking the shot, Vendramini let loose years of frustration with a primal scream and tears in the octagon with his father.

RELENTLESS! What a start to #UFCFightIsland4 as @VendraminiLuigi gets the quick finish!!

Vendramini, nicknamed “The Italian Stallion,” set up the finish with a counter left hook that caught Ayari off guard. He chased the German fighter back to the fence and unloaded more punches. Ayari leaned against the cage, hoping to catch his opponent napping on defense. Instead, he took a kick to the neck, and the follow up shots that came with his fall weren’t necessary.

It was all over just 72 seconds into the UFC Fight Island 4 opener. Vendramini’s father burst into the octagon after his son did a victory lap, screaming in victory, and the two embraced before his post-fight interview.

“I know everything that happened is for this big win, and I feel like my life starts now,” said Vendramini, whose return was delayed by surgeries and injuries to his knee and shoulder.

Vendramini gets his first UFC win after a debut setback against Elizeu Zaleski in September 2018. Ayari has now dropped three straight octagon fights.