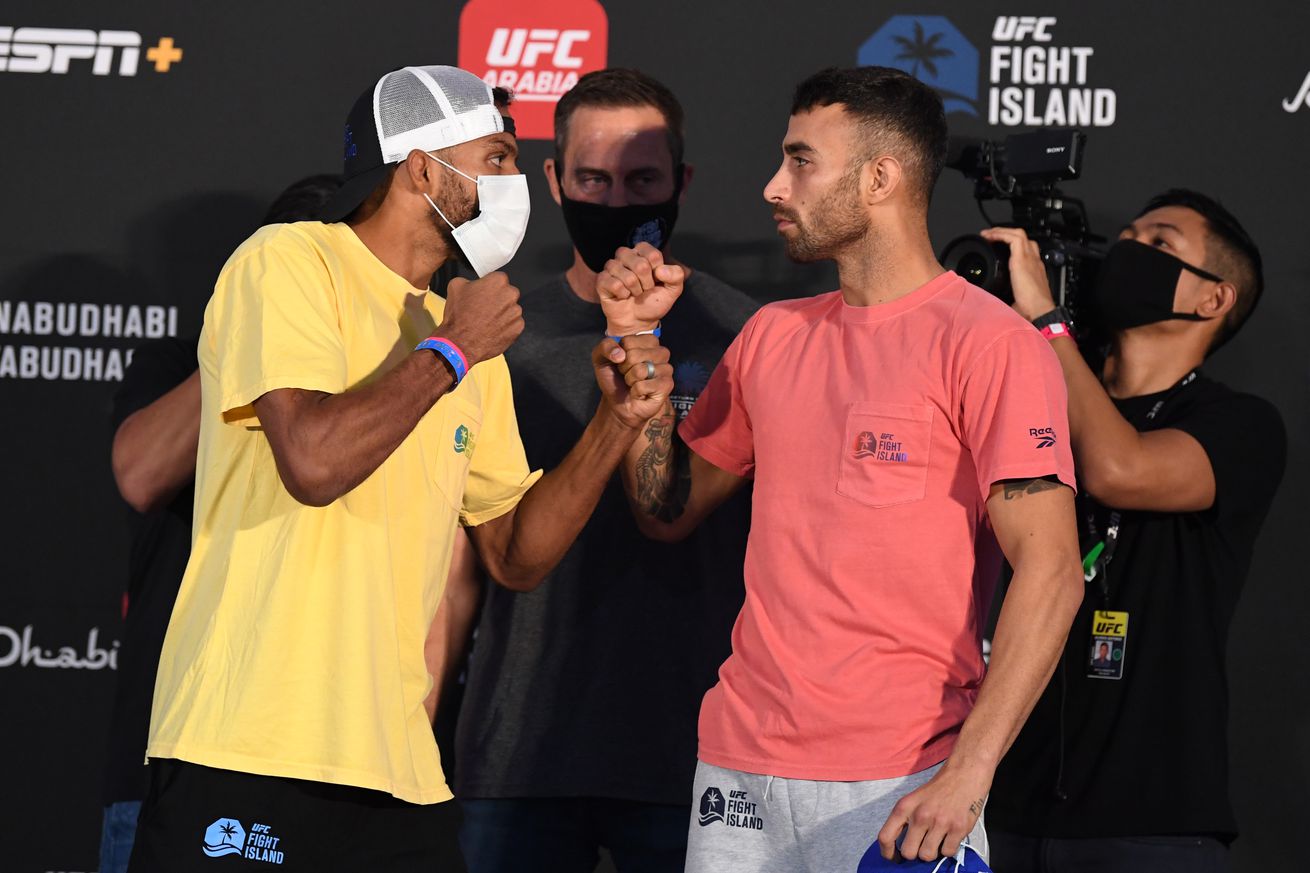 This is the UFC Fight Island 5 live blog for Edson Barboza vs. Makwan Amirkhani, the featherweight co-headliner headliner for Saturday’s fight card on Fight Island in Abu Dhabi.

Barboza, one of the most exciting strikers in UFC history, enters the fight at a career crossroads. Despite strong showings against a murderer’s row of competition, he’s lost five of his past six fights. His two most recent appearances, which came against Dan Ige and Paul Felder, were controversial calls, particularly the loss to Ige in his featherweight debut. The close setback on the scorecards gives him a chance to reframe his comeback at 145 pounds, particularly against the grappling-friendly Amirkhani.

Amirkhani is three months removed from his most recent octagon appearance, a first-round submission of Danny Henry that put him back in the win column after a TKO setback against Shane Burgos.

Check out the UFC Fight Island 5 live blog below.