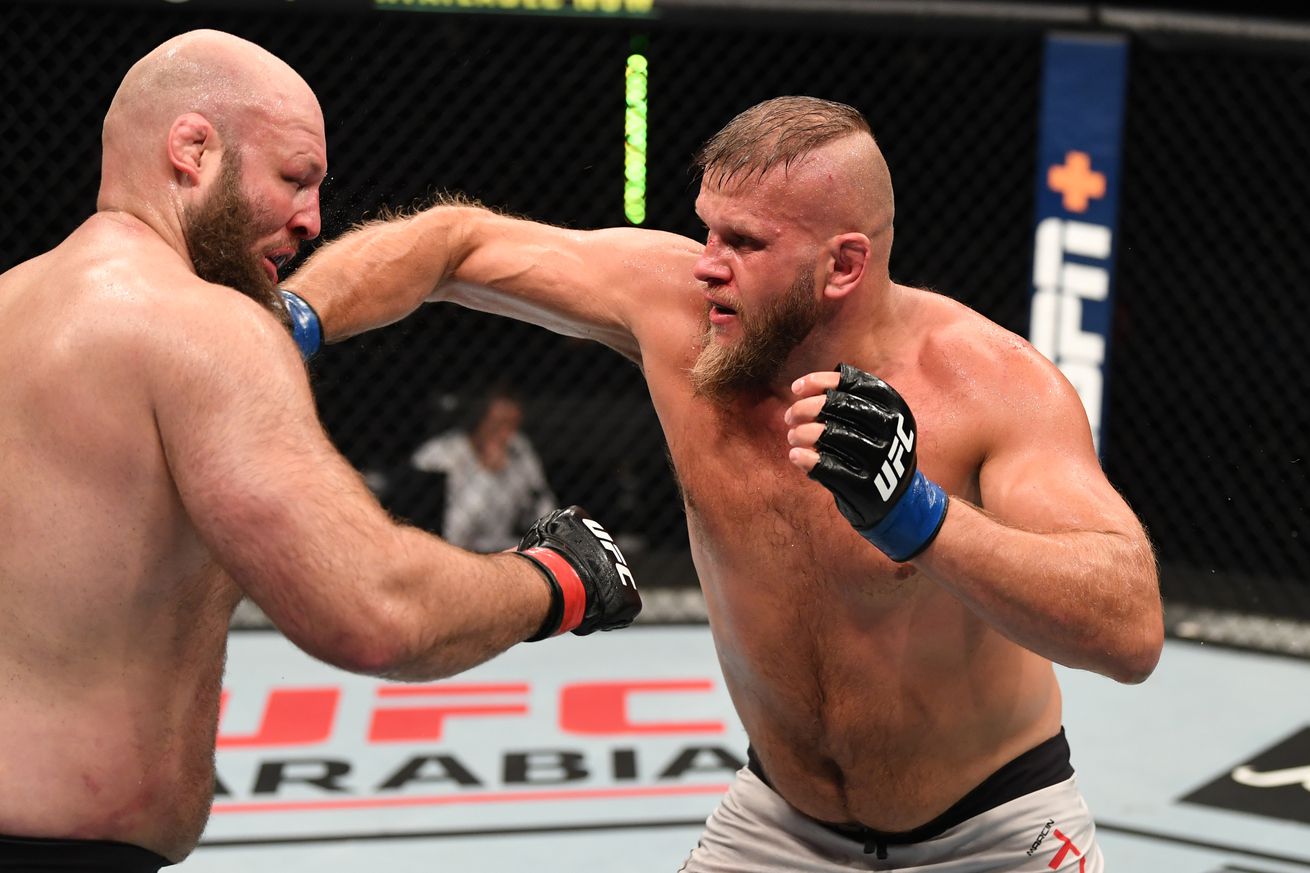 Marcin Tybura was more than willing to stand toe-to-toe with Ben Rothwell in a heavyweight slugfest on the UFC Fight Island 5 main card.

While the Polish veteran had to endure an early onslaught from Rothwell, it was ultimately Tybura’s effective striking and superior defense that helped him put together a winning performance. The judges all scored the fight 29-27 with Tybura getting the win by unanimous decision.

“I expected him to move forward, to punch a lot,” Tybura said about Rothwell after the win. “I was able to move around a lot and avoid those punches. I wasn’t able to avoid everything but I was faster than him.”

There was no feeling out process from Rothwell at the start of the fight as he came out guns blazing, throwing a barrage of punches in an attempt to overwhelm Tybura. Rothwell was on the attack with a blistering series of combinations but Tybura was doing a solid job of defending without taking too much damage.

In return, Tybura cracked Rothwell with a couple of stiff right hands that backed Rothwell off as the heavyweights were just continuously trading heavy leather.

While the exchanges were even at times, Rothwell’s output was just relentless as he was always on the attack, throwing bombs at the head and then digging at Tybura’s body as well.

Still, Tybura was more than happy to take a punch in order to deliver one of his own and by the end of the second round it appeared that he was actually landing the better strikes. Regardless, both fighters were definitely wearing the damage from the back-and-forth battle.

With time ticking away in the final round, Tybura was starting to duck and dodge more and more of Rothwell’s punches while returning fire with effective counter strikes. Tybura also managed a well-timed takedown that planted Rothwell on his back as he looked to maintain control from the top while peppering away with punches.

When the final horn sounded, Tybura was confident in his performance after three hard fought rounds as he picks up his third win in a row with all three victories coming in 2020.