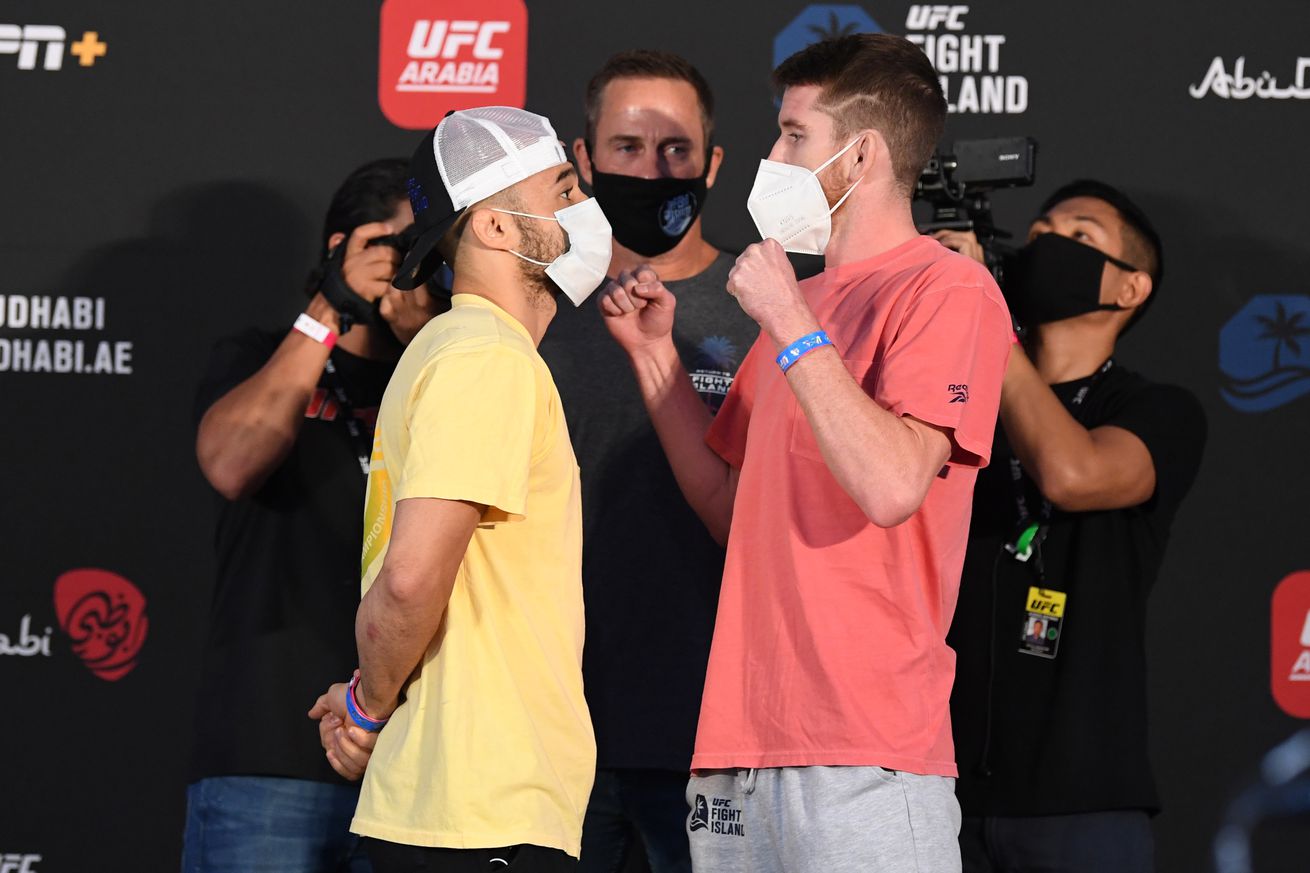 This is the UFC Fight Island 5 live blog for Marlon Moraes vs. Cory Sandhagen, the bantamweight headliner headliner for Saturday’s fight card on Fight Island in Abu Dhabi.

Moraes returns 10 months after one of the biggest wins of his MMA career, a split decision win over former featherweight kingpin Jose Aldo at UFC 245. Unfortunately for the former WSOF champ, there was controversy not only with the scoring, but the fight also didn’t pay competitive dividends. When Henry Cejudo vacated the belt, Aldo got a shot at the bantamweight title against Petr Yan, who decisively beat down the Brazilian to take the belt.

Sandhagen, meanwhile, attempts to rebound from the first setback of his octagon career. After five straight wins, he faced Aljamain Sterling in a bout with future title implications. Sterling seized the moment and secured a quick submission that had Sandhagen tapping in under 90 seconds.

With Yan likely to face Sterling, Moraes and Sandhagen battle to stay in the bantamweight title picture.

Check out the UFC Fight Island 5 live blog below.