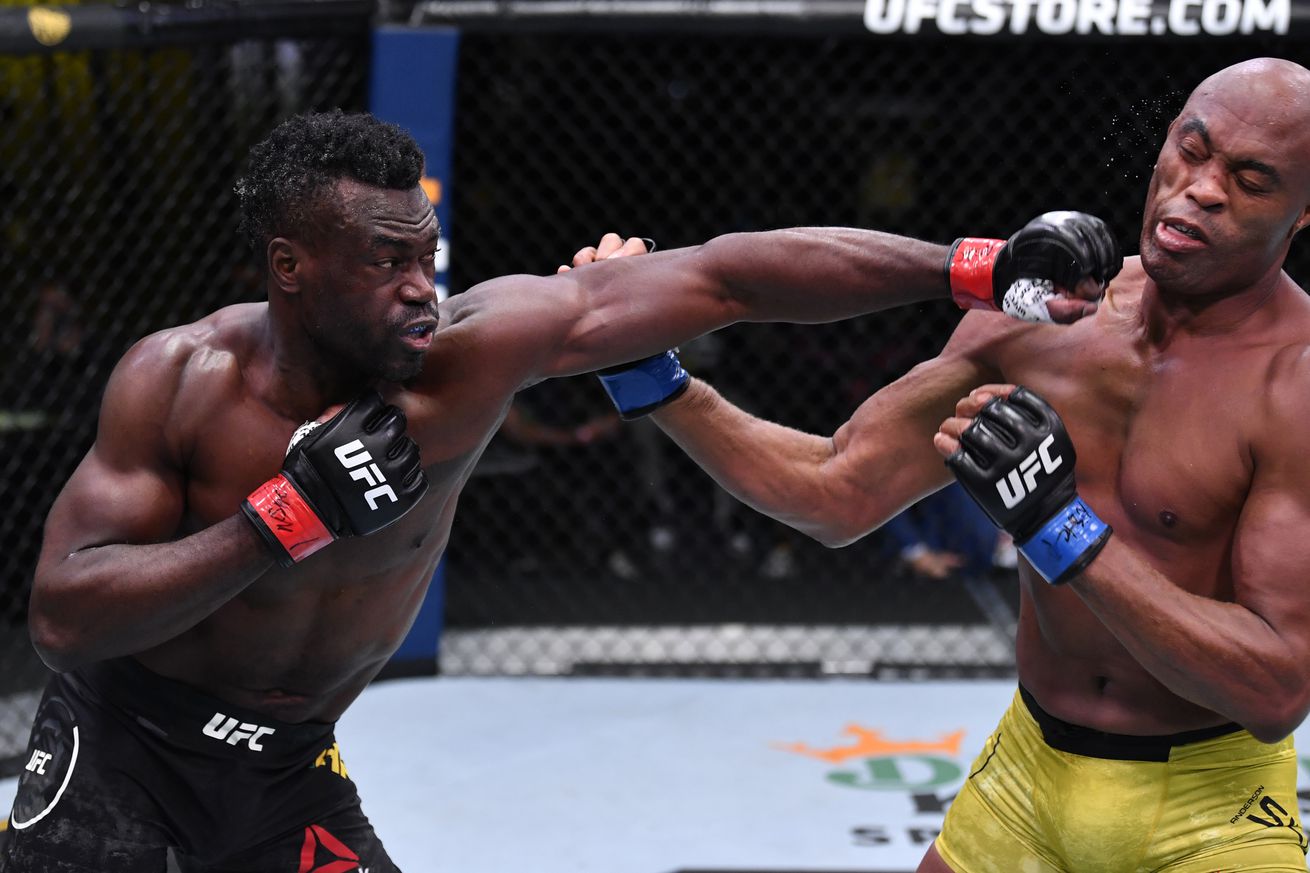 With tears in his eyes, Uriah Hall expressed just how much Anderson Silva has meant to him and his career after finishing the former middleweight champion in what could be his final fight.

In the UFC Vegas 12 main event, Hall earned the stoppage victory after he cracked Silva with a devastating right hand that dropped him to the canvas. Hall quickly followed up with a blistering series of punches on the ground, which forced referee Herb Dean to rescue Silva from further harm with the end coming at 1:24 into the fourth round.

As soon as the fight was over, Hall sat down with Silva on the mat as he poured his heart out to the future UFC Hall of Famer rather than throwing his hands in the air in celebration.

“Thank you. You’re the reason why I’m doing this,” Hall said to Silva. “You’re still one of the greatest. I love you. I’m so sorry.”

Gracious in defeat, Silva just smiled and told Hall to “enjoy your moment.”

Prior to the stoppage, both fighters showed a lot of respect for each other with neither wanting to be the first to engage but eventually Silva began pressing forward with a few offensive flurries. While Silva has shown devastating counter striking over the years, he was a little more aggressive than usual as he went head hunting against Hall, who stayed out of too much trouble but failed to match the output from the former champion.

Silva was light on his feet as he continued to pepper away at Hall from the outside. In return, Hall appeared to be gun shy, although he started to get a little busier once Silva started moving forward with more regularity.

While he wasn’t as active, Hall did start to establish a nice jab that snapped Silva’s head back several times. The Brazilian was undeterred, however, as he continued to press forward with attacks that chipped away at Hall’s head, body and legs.

Just when it looked like Silva was putting the momentum in his favor, Hall countered with a huge right hand over the top that dropped the former champion to the canvas. Hall started throwing punches in succession with Silva on the ground as he did his best to survive to the end of the third round.

In an eerily similar scenario to start round four, Silva once again pressed forward and Hall countered with another perfectly timed counter right hand that precipitated the end of the fight this time around. Once Silva was on the ground, Hall just rained down punches until the fight was finished.

“I can’t really describe it. Just so many emotions,” Hall said afterwards. “Hats off to the legend for all he’s done for the sport. I know the job was to go out there and get the ‘W.’ I was just honored to share that moment with him.”

It was an important win for Hall as he not only defeats a former champion in Silva but he takes another step forward in his own career in the middleweight division. Reigning middleweight king Israel Adesanya was sitting nearby and Hall was quick to turn his attention in that direction afterwards.

“Obviously the champ Izzy, that’s the one I want,” Hall said. “I definitely know I could take on the champ. My goals are set and the same, to be the champ.”

As for Silva, Saturday night was billed as his final fight and while it appeared he was ready to call it a career, the legendary former champion stopped short of saying he was retired after suffering the loss to Hall.

“A fight is a fight. Today, Uriah’s the best,” Silva said. “He come to win the fight. I’m enjoying my moment. Sometimes it’s very difficult for us to stop. But today is the final day. I’m so happy to be here and doing my last show in here for my UFC family.

“Let’s go see. It’s tough to say it’s my last or not because this my era. This is what I do for my entire life and do it with my heart. Let’s go see.”