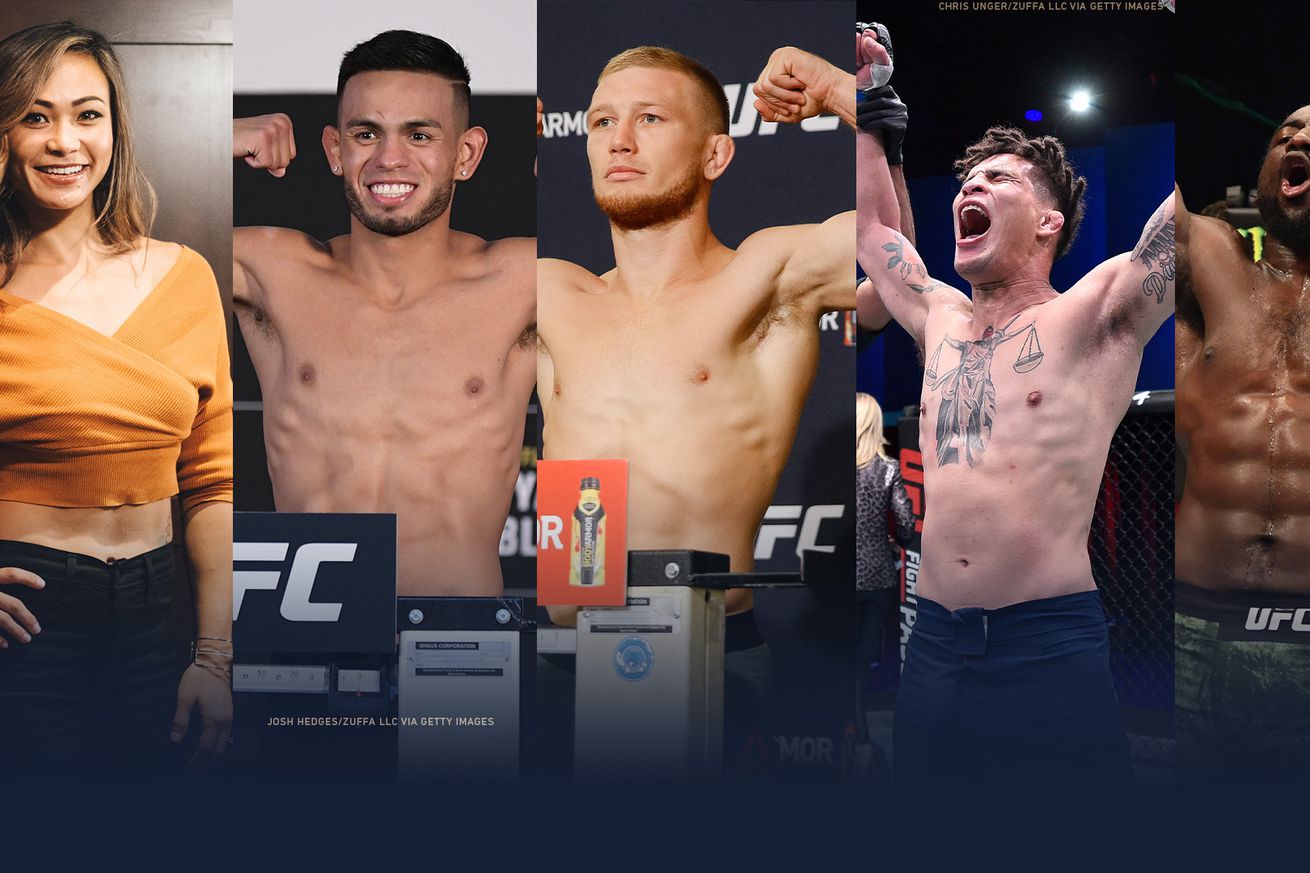 On this week’s episode of What the Heck, MMA Fighting’s Mike Heck speaks with UFC strawweight Michelle Waterson (9:00) to discuss her split decision win over Angela Hill in the main event of UFC Vegas 10, what being part of an incredible 25-minute battle meant to her, what she is looking for next, and having her sights set on the UFC 115-pound world title.

UFC flyweight Brandon Royval (27:57) recaps his second-round submission win over Kai Kara-France at UFC 253 this past Saturday night, talks about the opening flurry that earned “Fight of the Night” honors, whether or not the knee was legal, and who he has his eye on for his next octagon appearance.

UFC bantamweight Casey Kenney (1:00:13) previews his upcoming fight with Heili Alateng this Saturday at UFC Fight Island 4, discusses his statement making win over Louis Smolka in May, how he likes the matchup with Alateng, and wanting to fight more than once during the promotion’s trip to Abu Dhabi.

The UFC’s newest middleweight Jordan Williams (1:12:42) joins the show for the first time to recap his contract earning win on Dana White’s Contender Series, preview his quick turnaround against Nassourdine Imavov at UFC Fight Island 4 in his octagon debut, talks whether he plans to stay at 185 or drop to 170, feeling his opponent was scared and backed out of the Contender Series fight with Gregory Rodrigues—which Williams got as a replacement—and how he sees the fight playing out.

Finally, UFC light heavyweight William Knight (1:44:19) looks back at his successful promotional debut at UFC 253 over Aleksa Camur, discusses how he enjoyed the Fight Island experience, being able to show his cardio, reveals the one piece of his game that he hasn’t been able to show just yet, wanting to compete on the Nov. 28 fight card, and responds to Colby Covington’s recent comments following UFC Vegas 11.