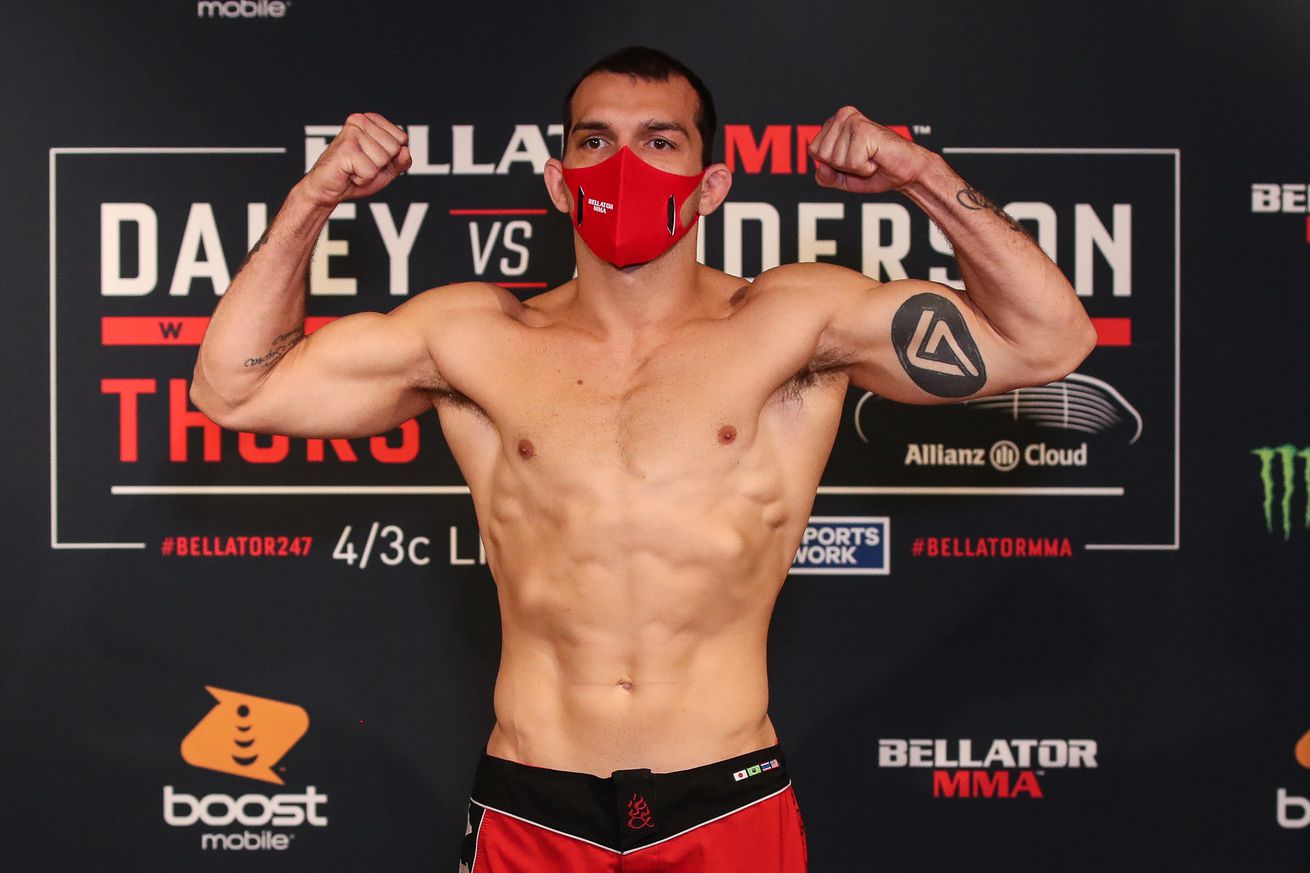 The Gracie family has built its reputation for decades around the world, representing jiu-jitsu in the Vale Tudo days and helping build the UFC and PRIDE. For the next generation of the family, Bellator feels like home.

Son of Marcelo Behring and grandson of Carlos Gracie, Kywan carries the responsibility of representing two of the most important clans in jiu-jitsu history, but only sees the glass half full going into his first Bellator appearance against Constantin Gnusariov.

“I’ll tell you what, I feel no pressure when I’m fighting, it makes no difference,” Gracie Behring said in an interview with MMA Fighting. “I was born with this pressure. I won’t train more or less because of that. I’ll always give my best. I think it’s good because there’s more attention over me. I’m in the spotlight even though I haven’t conquered pretty much anything in MMA yet, a lot of people will be watching the fight.

“Every positive thing that happens is because of the success that my family had. There’s not much else I can do to elevate my family’s name. The family is known worldwide, my uncles and grandfather, the previous generation has done a great job. I’ll just add a little bit and build my story.”

“I don’t think there’s anyone calling to interview the guy I’m fighting and he has three wins,” he added. “He’ll come hard, he’ll be hungry to win, but that won’t matter.”

The Brazilian welterweight, who turns 32 in November, is excited to “finally show my work and put on a show” in the Bellator cage. More than a win—and chasing a championship belt for himself—Gracie Behring wants a special “Gracie vs. The World” card in Bellator.

“I have a dream, a Bellator card with all my cousins, putting them all on the same card,” he said. “That would be perfect. Neiman is up there, we’re still coming up. We’ll all be on the main card soon and we’ll make it happen. That would be super cool. I think that’s our goal in Bellator.”

Kywan, Neiman and Robson all fight in the welterweight division, and Gracie Behring doesn’t rule out cutting down to 155 pounds if his cousin has the Bellator belt by the time he enters the title picture.

Gracie Behring still needs a few wins to get there, though, as he’s only 1-0 in the sport. He admits his striking was “poor” when he won his first MMA bout by TKO in 2019, but guarantees he has evolved as a fighter after training in Las Vegas, with Renzo Gracie in New York, and in his original team in London.

Despite feeling more comfortable on the feet now, the Bellator debutant’s game plan for Gnusariov should be no surprise — especially as the fight goes down on Helio Gracie’s 107th birthday and he plans to dedicate the victory to one of the patriarchs of the family.

“He’s a wrestler, he has a decent striking and his ground game is so-so,” Gracie Behring said of Gnusariov. “I’ve watched his fights and they always went to the ground, but he loses a lot of positions. I think it’s a great fight for me. He’s not a high-level striker so I think I’ll be able to show my evolution on the feet, but the idea is to take him down and catch him, do the homework.”