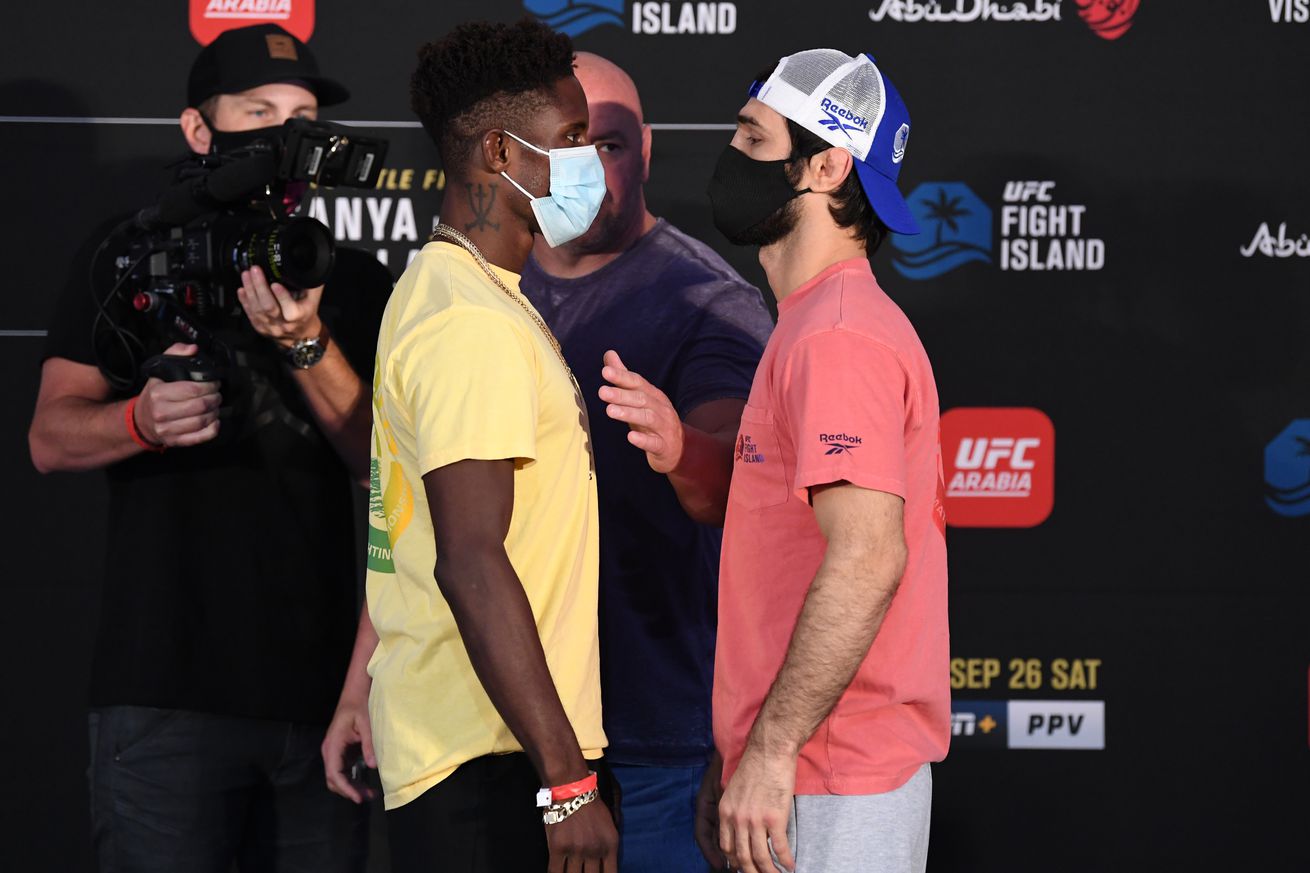 This is the UFC 253 live blog for Hakeem Dawodu vs. Zubaira Tukhugov, a main card 150-pound catchweight fight on Saturday’s fight card on Fight Island in Abu Dhabi.

Tukhugov, who missed weight for the bout, has to make up his stumble on the scale – which forced him to give Dawodu a portion of his show purse – with a strong performance. The training partner of Khabib Nurmagomedov most recently put away Kevin Aguilar by TKO at UFC Auckland, which put him on solid ground after a split call loss to Renato Moicano and split draw against Lerone Murphy in his previous two outings. Dawodu, meanwhile, brings momentum into the fight with four straight wins on his resume. Three of his four wins have come by way of decision, so a finish of one of Khabib’s teammates could be a good statement to make.