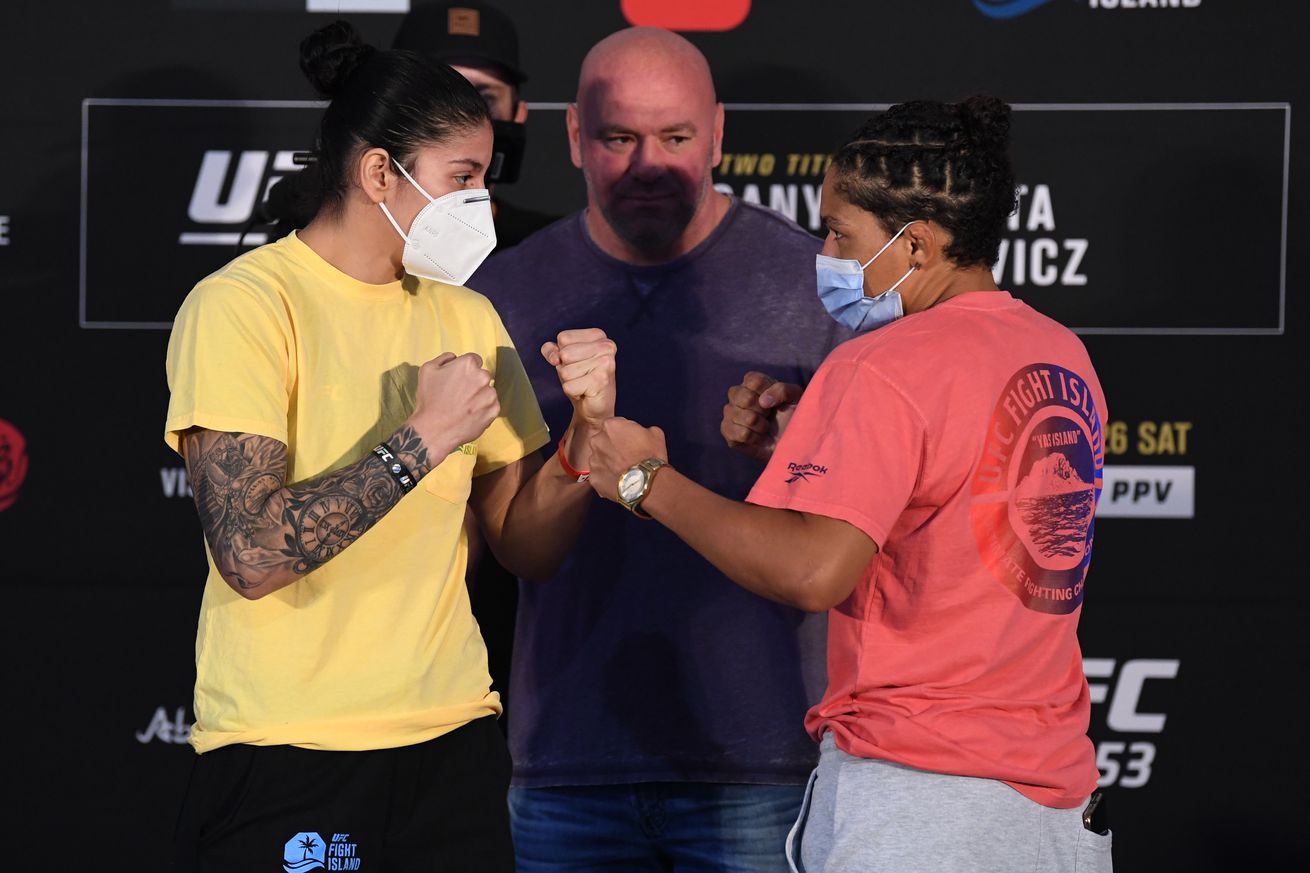 This is the UFC 253 live blog for Ketlen Vieira vs. Sijara Eubanks, a bantamweight main card bout on Saturday’s fight card on Fight Island in Abu Dhabi.

Vieira comes into the bout hoping to rebound from the first loss of her professional MMA career, a knockout loss against Irene Aldana that short-circuited a possible title shot. Prior to that, she’d defeated four straight opponents to climb into contention. Originally scheduled to meet Marion Reneau, she got a curve ball when Eubanks stepped in on short notice. Just two weeks earlier, Eubanks was in the octagon at UFC Vegas 10, where she outpointed Julia Avila to earn her second straight win.

At No. 13 in the promotional rankings, Eubanks could take a big step up if she’s able to upset No. 7 Vieira and make it three in a row on Fight Island.